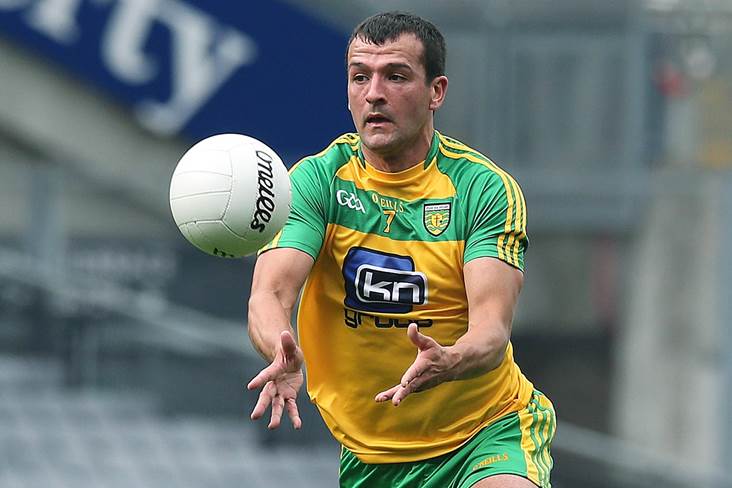 Martin McElhinney reckons Donegal would “definitely not” have won the All-Ireland SFC title in 2012 without Frank McGlynn.

McGlynn announced his retirement from inter-county football on Tuesday after 14 seasons of service to the Tir Chonaill County.

Speaking to the Irish Daily Mirror, team-mate McElhinney pointed to the Glenfin defender as being a key part to Jim McGuinness’s side’s historic campaign seven years ago.

“No, definitely not,” he said. “I think the thing about Frank, he’s very quiet and reserved off the field.

“Him charging forward from corner-back/wing-back was the main driving platform that allowed the likes of Karl (Lacey) and Michael (Murphy) to get their names in lights but Frank was one of the top three/four players of that year without a doubt.”