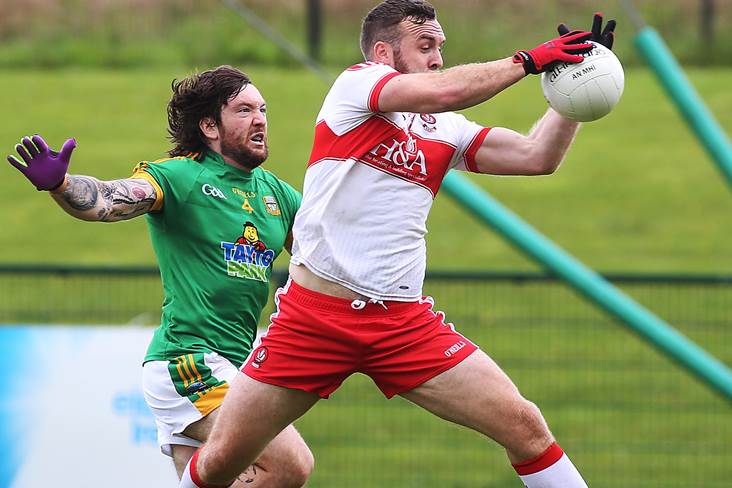 Derry's Emmett McGuckin and Mickey Burke of Meath during their All-Ireland SFC Qualifiers Round 2A clash at Owenbeg.
©INPHO/Presseye/Lorcan Doherty.

Emmett McGuckin is still delivering the goods in gaelic football despite his obligations with NIFL Premiership leaders Coleraine FC.

The former Derry attacker, who joined the Bannsiders on a two-year deal in August, delivered a Man of the Match display at Celtic Park on Sunday as Magherafelt beat Watty Graham’s to win their first Derry SFC in 41 years.

“I'm busy, but one plays off the other and if you have one strength in one sport you can take it into the other,” he told The Belfast Telegraph.

“It's hard balancing it, but I have done it to this point and it is great. I need to give a special thanks to Oran [Kearney, Coleraine manager] as well.”