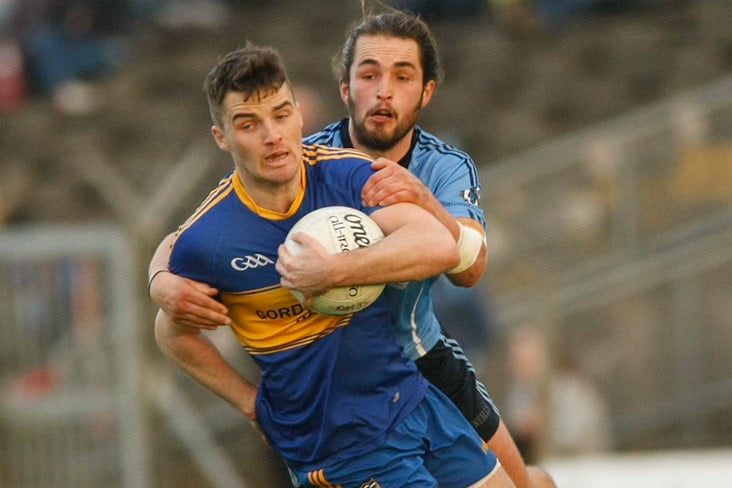 A five star display from Kevin Ryan proved to be the difference between Summerhill and Simonstown in the first of the Meath SFC semi finals played in ideal conditions at Pairc Tailteann.

The large crowd that turned up at Meath head quarters probably witessed the fastest goal ever score in senior championship football. With 25 seconds on the scoreboard Kevin Ryan raced through to find the back of the Simonstown net.

Summerhill led at the break by that goal 1-6 to 0-6. With ten minutes gone the winners were 1-2 to 0-1 in front. Barry Dardis accounted for three first half points for the Hill while a brace each from Padraig McKeever and Sean Tobin kept Simonstown in the game.

There was a quick goal also in the second half. With under two minutes gone half back Niall Kane sent an unstoppable shot past Tony McDonnell and the side were level. To their credit Summerhill didn't panic and were ahead by three again after ten minutes with points from Sean Dalton (2) and Dardis.

The sides were level again four minutes later when Nicky O'Brien raised a green flag but once again Summerhill replied in style with a brace from Dardis and Liam Shaw.

The introduction of Shane O'Rourke began to work for the Navan side and between the 23rd and 28th minute Des Lane's charges took the lead for the first time with four unanswered points from McKeever (2), Conor Sheridan and Tobin.

But Summerhill were not to be denied and with normal time up Kevin Ryan was the right man in the right place to get his sides second goal and put Summerhill back in front. The same player added the insurance point deep into injury time to send Summerhill on their way to the Keegan Cup decider.