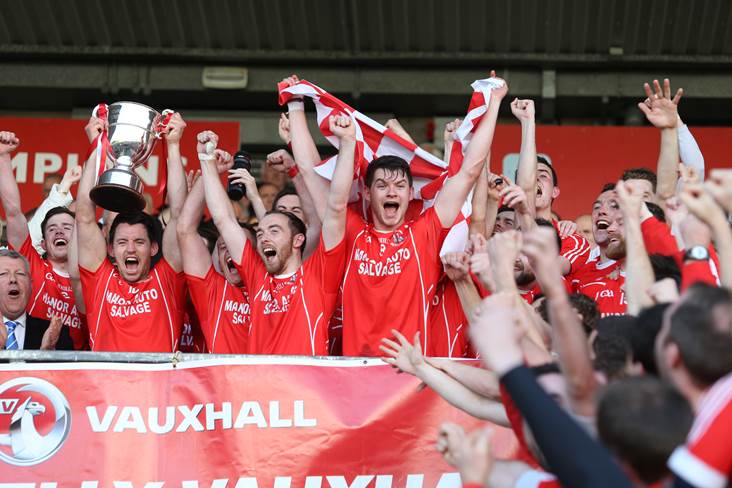 Trillick's players celebrate winning the Tyrone SFC back in 2015

Trillick coach Liam Donnelly subscribes to the theory that tomorrow’s Tyrone SFC final “should be a real good game of football”.

Donnelly’s team, which is spearheaded by his sons, Mattie and Richard, will square up to Errigal Ciaran at Healy Park (4pm) and followers of the Red Hand County's club scene are expecting a cracker.

“Errigal have won the last two leagues, and were beaten in a county final a few years ago,” Donnelly pointed out to GAA.ie.

“That proves to me they are a really consistent, good team and are rightly there in a county final in my estimation.

“I would say Errigal are a more experienced team than us, they are more used to winning to be honest. To have that wee bit of hurt from having lost a recent final can be a big driver too.

“Trillick and Errigal are two very balanced teams. Probably two teams that suit each other if there is such a thing. Two good footballing sides. It should be a real good game of football.”