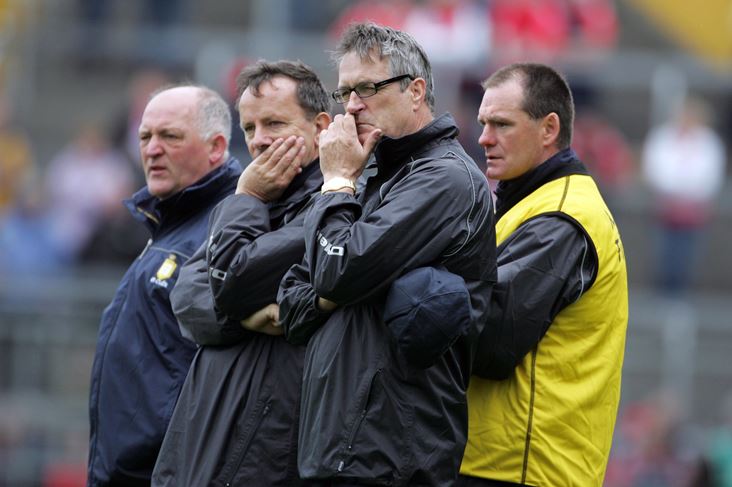 Sixmilebridge manager Tim Crowe and his son-in-law, Mikey Hawes, have been avoiding each other lately.

The pair will be on opposite sides in tomorrow’s Clare SHC final which pits the ‘Bridge against their neighbours Cratloe.

Hawes, who is married to Crowe’s daughter Bernadette, is Cratloe’s regular full-back.

“He goes out the back door and I go out the front door, so we don't clash,” Crowe joked when speaking to RTE Sport.

“They have two children as well here, wearing Cratloe jerseys and provoking me. Mikey said to Bernadette, 'If anything ever happens to me, make sure the lads play with Cratloe'.

“We (the teams) managed to avoid each other all the way through in the group and knockout sections. Since we both won the semi-finals it was kind of an unwritten law that we never discuss hurling in the evening, out of respect for each other, not to be trying to score points or find information.

“But both teams know each other extremely well at this stage, there's little new to be known.”

Throw-in at Cusack Park is timed for 3.15pm and the game will be broadcast live on TG4.