"A man who has left a great legacy in the game" 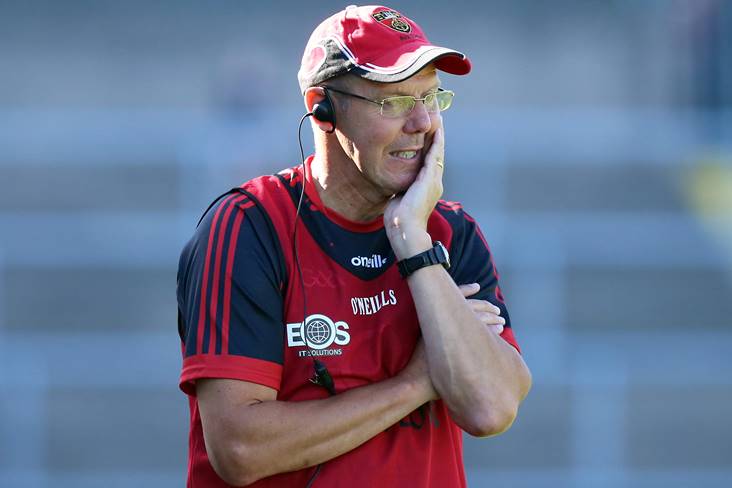 The late Eamonn Burns during his time in charge of Down

GAA president John Horan has joined in on the tributes being paid to the late Eamonn Burns.

A two-time All-Ireland winner with Down, Burns passed away suddenly on Tuesday at the age of 56 and Horan described as “a man who was committed to giving back”.

“It was with great sadness that I heard of the passing of Eamonn - a man who has left a great legacy in the game,” the Uachtarán said.

“It was only a few weeks ago at the jubilee dinner on All-Ireland football final day that I had the pleasure of meeting Eamonn and his colleagues as we saluted the 25th anniversary of the great Down winning team of 1994.

“The special bond between the group was very evident and Eamonn was a big part of that.

“Not content with being a part of an iconic Down team that captured two memorable All-Ireland titles in 1991 and 1994, Eamonn was a man who was committed to giving back.

“His club in Bryansford benefitted and in more recent times he was prepared to put himself forward to take charge of the county senior team for three years and pass on his knowledge to a new generation of Down players looking to follow in the footsteps of the team of the 90s.

“On and off the field he was a great ambassador for our Association and we join our Mourne County colleagues and Gaels in lamenting his loss.”