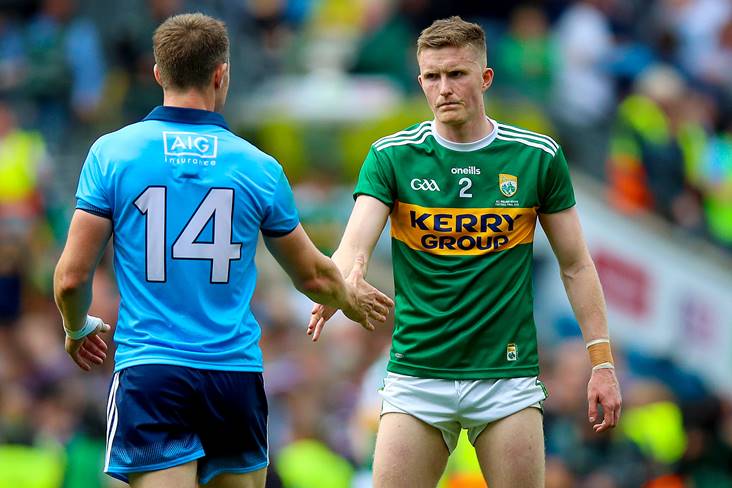 Kerry will be bidding to win a sixth All-Ireland final replay when they lock horns with Dublin again at Croke Park on Saturday.

Leaders on the all-time Roll of Honour, the Kingdom won as many as five of their record-breaking 37 senior All-Irelands at the second attempt. This weekend will be their eighth replayed final; they’ve only lost two.

The last time Kerry were beaten in a final replay was in 1972, when their five-in-a-row bogeymen Offaly recorded a thumping 1-19 to 0-13 victory. The Faithful County were holders at the time and that was their first championship win over the Kingdom.

Dublin’s replay record is even better – they’d only drawn two All-Ireland finals prior to last Sunday week and prevailed in both replays. In 2016, they pipped Mayo in the replay by 1-15 to 1-14. And, way back in 1894, they were awarded the title after several Cork supporters attacked Dublin players with ten minutes left.

This weekend will be the 14th time an All-Ireland final has gone to a replay. A second replay has never been required.