Further Harte appeal could be on the cards 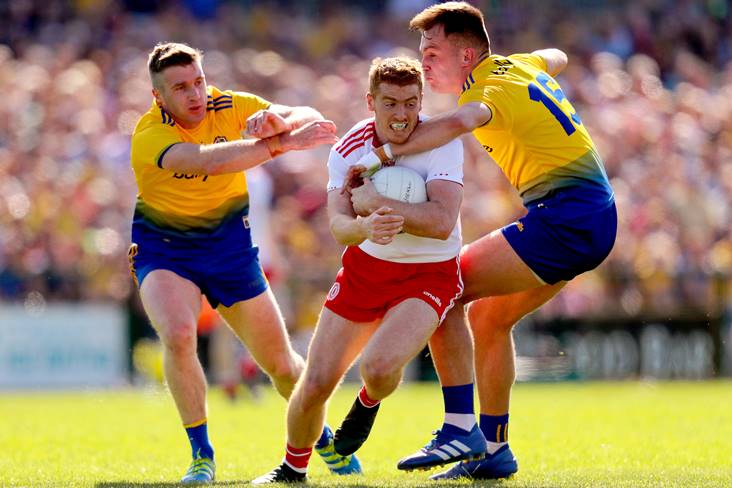 Mickey Harte has refused to rule out the prospect of Tyrone lodging a further appeal against one of Peter Harte's black cards.

The Errigal Ciaran clubman was cleared to play in Saturday's Super 8s win over Roscommon after having one of the three black cards he received in this year's championship overturned. However, Harte remains just one card away from a one-match ban and his uncle hinted after the 0-17 to 0-13 victory in Hyde Park that another appeal could be in the offing.

"I think there is some capacity to appeal alright, so maybe that's being considered," the Tyrone manager said.

The black card Harte received against Longford was rescinded, and the Red Hands could now challenge one of the two others he picked up against Donegal and Cavan.