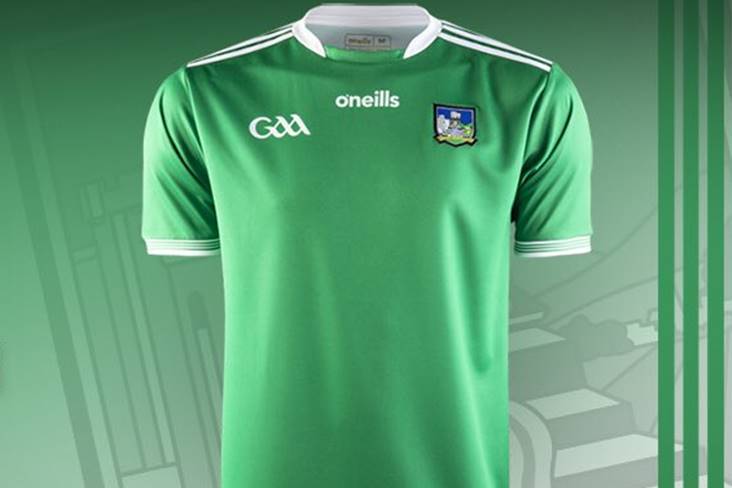 Limerick have revealed a new sponsor-less jersey for 2019.

The new 'Green Machine' strip, which will be available to purchase from next Thursday, 8 November, exclusively from Intersport Elverys and online at Elverys.ie or oneills.com, launches in time for the lucrative Christmas market and comes without the 'Sporting Limerick' logo, adopted by sponsor JP McManus since 2005.

Here it is folks. Introducing the Brand New 2019 Limerick GAA Jersey. It is now available to pre-order now.
https://t.co/SfNGgLCes4 pic.twitter.com/7NDXc8Vfn8

The Limerick Leader reports that multi-millionaire businessman McManus, who recently donated €100,000 to every county board in Ireland, will remain as Limerick GAA's main sponsor but has decided to discontinue the usage of the 'Sporting Limerick' logo on the jersey.

It's the first inter-county jersey since the early 1990's not to feature a sponsor.