Team sport so beneficial for women, why are they dropping out so early? 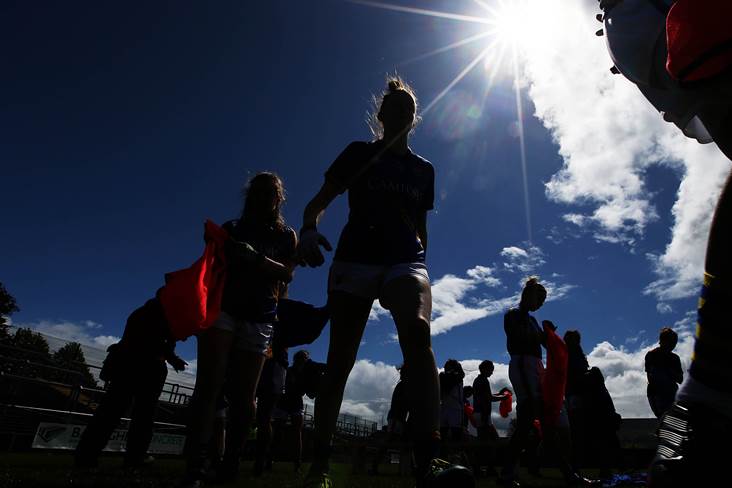 A new study commissioned by Lidl Ireland demonstrates a worrying trend affecting the health and well-being of young women and girls in Ireland.

Research proves that team sports have a direct and positive effect on self-confidence and mental wellbeing.

Yet 1 in 2 young women give up team sports completely by the age of 13.

Serious hard work and dedication should never go unnoticed. In fact, at Lidl, we think it deserves serious support in return. We know that for women's sport this is often overlooked, but we want to change this.

By committing to a three year sponsorship with LGFA, we not only want to give women in sport the recognition they deserve, we want to encourage all women to get involved and stay involved. After all, hard work pays off, and we're passionate that sporting women should be rewarded and celebrated for theirs. That's why we've invested €2.5 million in our sponsorship to date in Ladies Gaelic Football.

Team sports build so much more than teams. They build a solid foundation for the future. We wanted to understand this a bit more, so we asked Irish women of all ages questions no one had asked them before.

We spoke to women all over Ireland about life, sport and what it means to them. Our independently commissioned research, used both qualitative and quantitative approaches to get a broad view of these women's attitudes. Our study is the first of its kind in Ireland and offers fresh new insights into something that we, at Lidl feel really passionate about.

Our study has revealed that playing team sports helps women build a strong set of life skills, like better mental well-being, dealing with pressure and self-confidence. But unfortunately, half of young women drop out of team sports by the beginning of secondary school.

The research has found that 1 in 2 girls will drop out sport before the age of 13, despite this high dropout level, 64% of women would agree that girls are more likely to achieve their full potential by playing a team sport.

Amongst the key findings of the research are the following:

When presented with a list of female celebrities and asked who they would most like to be the most popular answer was Emma Watson followed by Kendall Jenner and Saoirse Ronan in third place. Girls who played sport rated Irish sports stars Annalise Murphy and Katie Taylor higher than those that don't but neither reached the top 3.

Speaking about the Lidl Commissioned Research Lidl's Strategy and Insights manager, Linda Fitzgerald, said "Since we partnered with the Ladies Gaelic Football Association in 2016 we realised that a lot of people speak about young Irish girls leaving sport but nobody has ever definitively established why?

"As part of our #serioussupport of women's sport we decided to answer that question and, through working with Spark, we have developed some data that is extremely interesting and eye opening.

"We now know, for instance, that girls leave sport during the early years in secondary school and by establishing this information, along with the many other findings in this report, we are now in a position to help the Ladies Gaelic Football Association, and all women's sports organisations and that is why we in Lidl have invested €2.5m to date in women's sport.

"We hope that as a result of this research that we can continue to have the positive impact that we have delivered through our #serioussupport to date and help to encourage more Irish women to stay in sport."

Lidl (with our creative agency Chemistry) spoke with students about many of the issues that the research has established and their responses can be seen here www.lidl.ie/serioussupport.