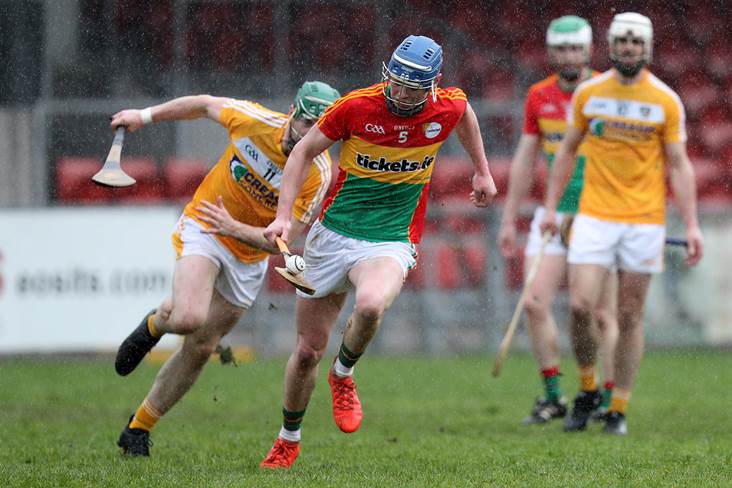 Antrim secured promotion to the Allianz HL Division 1B for 2018 courtesy of this hard earned win over Carlow in today's Division 2A final at Pairc Esler.

The Saffrons prevailed on a scoreline of 2-12 to 0-15 with the goals coming from Eoghan Campbell and Neil McManus (penalty).

Played in difficult conditions, the winners enjoyed wind advantage the opening period and took a 2-5 to 0-7 advantage into the break.

Campbell pounced for their opening goal in the 8th minute while McManus made no mistake from the penalty spot 11 minutes later. That successful strike parachuted the winners into a 2-3 to 0-3 lead but they were made to sweat for their victory as the Colm Bonnar managed Barrowsiders came out fighting after the resumption.

As events transpired, Antrim managed to keep them at bay with McManus sending over the insurance point in stoppage time.