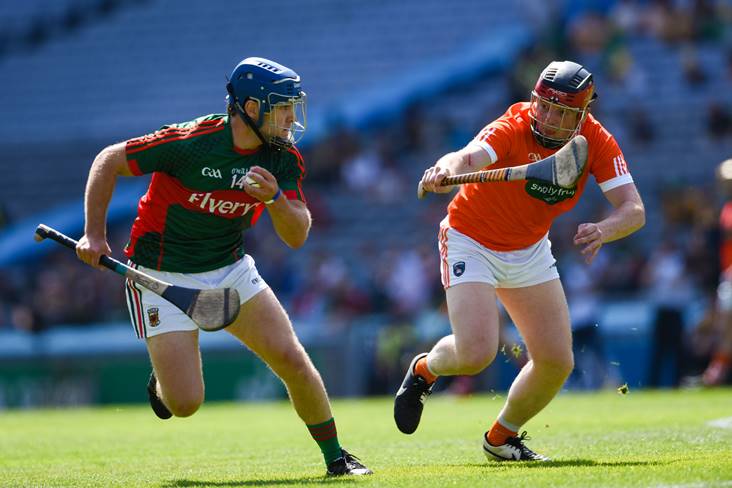 Kenny Feeney of Mayo and Ciaran Clifford of Armagh
©INPHO

Seven days after lifting the Nicky Rackard silverware in Croke Park, the hurlers of Mayo have booked a return to the Christy Ring Cup after getting the better of Derry (1-21 to 1-14) in today's promotion/relegation play-off at Ballinamore.

Despite lining out minus the services of dual star Keith Higgins, JP Coen's charges raced into a seven point lead early on thanks largely to a Darren McTigue goal.

The Oak Leafers fought back to trail by 0-9 to 1-9 at the break and they took over in pole position for a brief period in the second-half when Shane Farren found the back of the Mayo net via the penalty spot.

Cue an impressive Mayo response and, for the second week running, they refused to wilt under the pressure.

With the ever reliable Kenny Feeney in fine form, the winners reeled off 10 points in comparison to their opponents' three to consign the Ulster men to the drop.