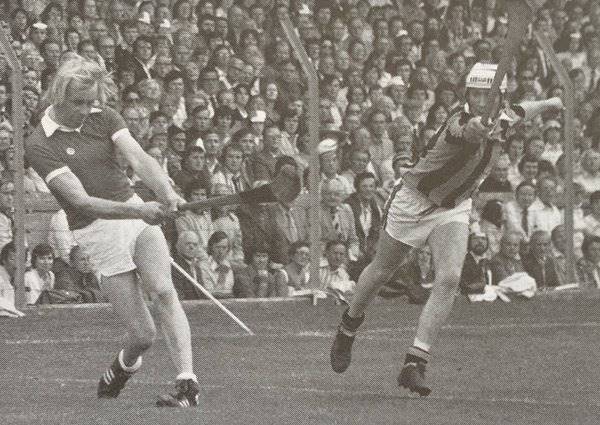 John Horgan has the measure of another hurling legend, one Brian Cody during the 1978 All Ireland decider.

A link to the three in-a-row All-Ireland winning Cork senior hurling team of the seventies has been broken with the passing of Rebel County legend John Horgan yesterday.

The Blackrock star won his first All-Ireland SHC medal in 1970 and was an integral member of the team that captured Liam MacCarthy honours from 1976 to '78.

A defender of the top drawer variety, his medal collection also included Celtic Cross souvenirs at minor, U-21 and club levels as well as five Munster SHC and five Cork championship medals.

Known as 'Blondie' and 'Hoggy', he played juvenile hurling with his local club Passage West before switching allegiance to nearby Blackrock in 1968.