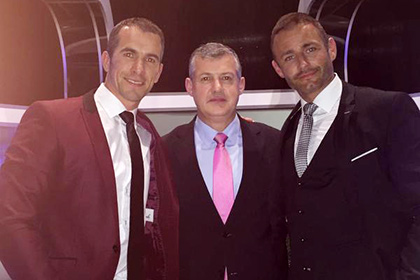 Dessie Dolan's fashion sense was was a hot topic of debate on Twitter last night...

Congrats @MayoGAA on the 5in a row great achievement #mayoforsam

What a performance by Aidan O Shea. An absolute animal.

Well fuck that for a game of cards, incredibly disappointing. Congrats to Monaghan who are a great team and best of luck to them in future.

By the way .. Great to see mo chara back last night. onwards and upwards pic.twitter.com/E4LdDfBOII

Moran steps into management with Ballaghaderreen

Galway to take on Mayo in Connacht U20FC opener