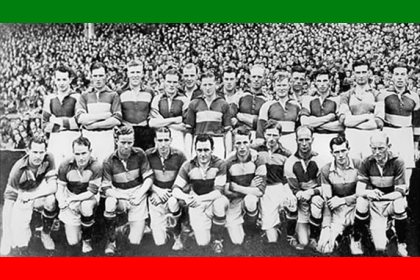 Aged 90, Joyce was the youngest member of the team that defeated Dublin in the final in Athy by 2-6 to 1-6, lining out at left half back. Carlow subsequently lost to Kerry in the All-Ireland semi-final by 0-10 to 3-3.

Joyce hailed from Borris, which is the base of All-Ireland club hurling finalists Mount Leinster Rangers. Along with midfielder Luke Kelly, he had the distinction of winning junior and senior football championships with Borris and Ballymurphy in the same year (1947).

He is survived by his wife Helen, five sons and two daughters.