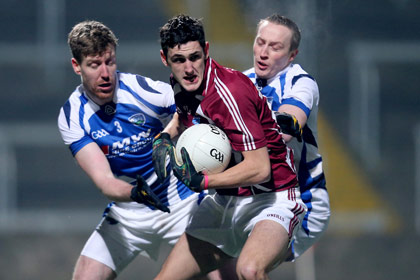 Westmeath's David McCormack with Denis Booth and Peter O'Leary of Laois. INPHO
Denis Booth, Mark Timmons and Colm Coss have been drafted into the Laois team to face Louth this weekend.

Booth and Timmons have been included in the full back line alongside Peter O'Leary while Mountmellick man Coss will start at centre forward.

Kevin Meaney switches from full back to midfield, where he will team up with Brendan Quigley.

Colm Begley is now at right half forward.