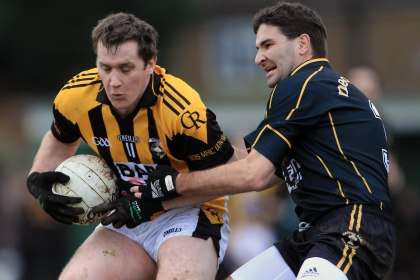 Crossmaglen Rangers booked their place in another All-Ireland Club SFC semi-final by grinding out victory over London champions Neasden Gaels at Ruislip on Sunday.

It was a real war of attrition in the English capital, with veteran forward Oisin McConville proving the difference between the sides with five points, two of which came from play.

With the considerable aid of the elements in the first half hour, Crossmaglen struggled to find any real fluency and needed three quickfire points before the interval to lead by 0-5 to 0-2 at the change of ends.

Indeed, the sides could well have gone in level but for a fine stop from Cross goalie Paul Hearty to deny Peader Friel a three-pointer for the home side.

As the game entered the final quarter there were just two points between the sides (0-7 to 0-5) and real prospects of an upset with the wind behind Neasden, but Cross saw it out in characteristically gritty style to secure their passage to next month's All-Ireland semi-final.