'We could talk away to him, but he wasn't saying anything back' 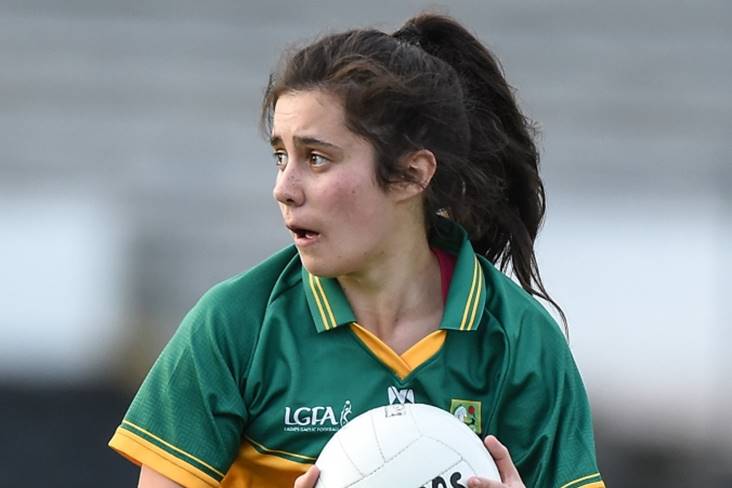 Kerry Ladies footballer Fiadhna Tangney and her family have endured an horrific month, but after 25 days of being in an induced coma, her father Gene looks like he might be turning a corner.

Five-weeks on from reporting coronavirus symptoms, Gene Tangney (55) continues to be treated on a ventilator at Tralee General Hospital’s Covid-19 ICU. There has been plenty of bad news delivered to the Black Valley family, they haven’t seen their father and husband since his condition deteriorated while in self-isolation, but Kerry senior player Fiadhna hopes the worst times are behind the family.

“Up until then he was up and down. We got a few phone calls along the way saying maybe things aren’t looking too great. But at the moment, thank God, everything seems to be going in the right direction.

“The nurses are great, they are doing calls for us. We get to ring them twice a day. They gave us a couple of video calls just to see him. Obviously he wasn’t conscious or anything, but we got to see him. We could talk away to him, but he wasn’t saying anything back.

“It has been a tough few weeks but since last week it makes it a bit easier when you are getting some positive news down the phone, instead of bad news.”

An outdoor enthusiast, Gene has continually worked on his fitness over the years, so it came as a shock to the family when he was unable to shake off the effects of the virus, despite self-isolating as soon as his symptoms appeared.

“Dad started showing symptoms the Thursday after Paddy’s Day. He got the symptoms then and was told to self-isolate at home, which he did for the two weeks. The Monday after his first symptoms, he got his test done, but by the time he went into the hospital he still hadn’t got the results back, which was two weeks later. “That was tough, he was told to self-isolate but he wasn’t getting better. In the finish he had to be brought to hospital because his breathing went so bad. He wasn’t eating, he couldn’t do anything for himself really, so that’s when he was brought to the hospital.

“Up until last week we were uncertain about what was going to happen, but they found a bacteria in his lung last Monday and since then they have him on the right antibiotic. Since then he has been improving small bits every day, which we’ll take. We’ll take anything. The nurses think it will be at least another week before he is off the ventilator, all going well. But look, no matter how long it takes, once he comes home we don’t mind.

“We couldn’t speak highly enough of the staff in Tralee. I think Dad is quite lucky, because he is the only patient in the Covid unit in Tralee. He is getting all the attention of the nurses and all the best of care that we could possibly ask for.”

As a key part of Darragh Long’s and Declan Quill’s Kerry panel in 2020, Fiadhna had being playing some of her best football for the county since she debuted three years ago as a 16-year-old. She is continuing to maintain her fitness levels at home, in anticipation of a return to action at some stage.

“I’m living at home with my mother and my brother Feidhlim as well. We are keeping quiet, staying with our two kilometres. We don’t go to town much. We are lucky where we live because we have so many things to do: we have the national park just over the road and plenty to be doing to keep busy.

“We get a call from the hospital at 10 o’clock in the morning and again at 10 at night. That 12-hour day could be long enough if you were sitting inside in a town, not able to go anywhere.

“I’m trying to keep my training up too. I have a bit of a gym set up here so I am trying to keep fit with that. I’m just kicking ball off the wall, myself and my brother kick it around, and I’m doing a bit of cycling in the national park.

“But it is tough when you are not together in a team environment, you’d miss the craic of training, that bit of help that people give you if you’re struggling. They give you a lift. I’m ticking over, so hopefully we’ll hit the ground running again whenever we can.”