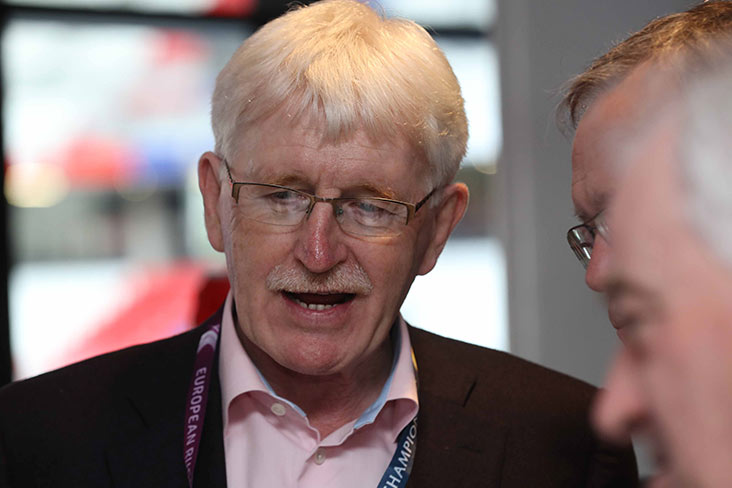 Many tributes have been paid to the former Wicklow footballer and sports all-rounder Paul McNaughton, who has passed away at the age of 69.

The Greystones man played GAA, rugby and soccer at a high level before becoming a well-known and highly-respected rugby administrator. He represented Bray Emmets, Éire Óg and Wicklow in Gaelic football and played in the UEFA Cup and in two FAI Cup finals, in 1973 and '75, with Bray Wanderers.

Paul also played club rugby for Wanderers and Greystones RFC, and was capped 15 times by Ireland, making his full debut against Scotland in the 1978 Five Nations. He emigrated to Chicago in 1981 before returning to play all three sports.

In 1975, Paul famously lined out for Wanderers in a Leinster Senior Cup semi-final and for Shels in a FAI Cup final on the same weekend. A few weeks later, he played for Wicklow against Louth in the Leinster SFC at Croke Park.

He is survived by his wife Jean, sons Conor, Cormac and Cian, sisters Catherine and Barbara, and brother Michael.

It's with sadness that we've learnt of the death of Paul McNaughton.

Paul played international rugby for Ireland & @GreystonesRFC
soccer with @shelsfc and @BrayWanderers & also played with our club and the Wicklow senior football team.