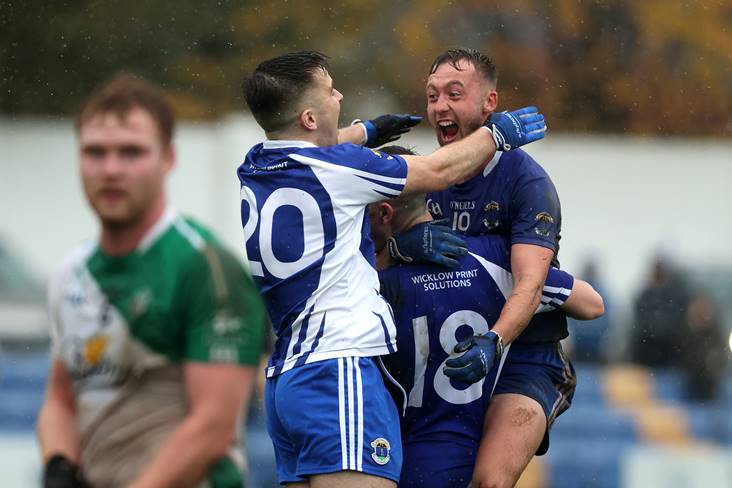 Tommy Kelly was the scoring hero for St Patrick's.

Leading by 0-0 to 1-3 in the early stages, Baltinglass seemed destined to triumph, but instead spectators at the County Grounds witnessed a lethal surge from the 2019 champions. Captain Tommy Kelly's return of 1-6, including two brilliant points after the break, was central to St Pat's latest success.

John McGrath provided the Baltinglass goal after good work by Tommy Keogh in between points from goalkeeper Mark Jackson (free) and Adam McHugh. But the Saints refused to panic and turned around a four-point (0-3 to 1-4) half-time deficit to win by two.