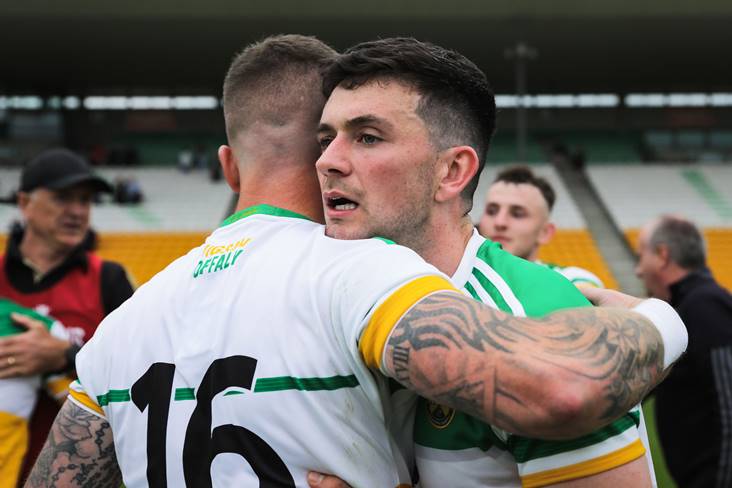 Niall McNamee and his cousin Ruairi McNamee pointed the way for Offaly as John Maughan's men moved into the Tailteann Cup quarter-finals with a 0-18 to 0-10 defeat of Wicklow at O'Connor Park in Tullamore this afternoon.

Thanks to a combined haul of 0-8 from the deadly Rhode duo, the Faithfuls were always able to stay well enough ahead of the visitors, who trailed by 0-9 to 0-3 at the break, and had to wait until the 37th minute of the second-half for their first score from play.

Offaly had the benefit of a strong breeze in the opening period and raced into a 0-6 to 0-2 lead on 20 minutes, while their opponents were forced to play 10 minutes with 14-men after Patrick O'Keane was sin-binned shortly after for a foul on Niall McNamee (0-5, one from play).

They were then reduced to 14-men when Cian Donohue was black carded but the goal Wicklow craved never came.

The best goal chance fell to Wicklow dangerman Kevin Quinn but Offaly custodian Paddy Dunican pulled off a superb save before Keith O'Neill and substitute Morgan Tynan wrapped up the scoring for the hosts.