Wicklow defeat Waterford to get Tailteann Cup up and running 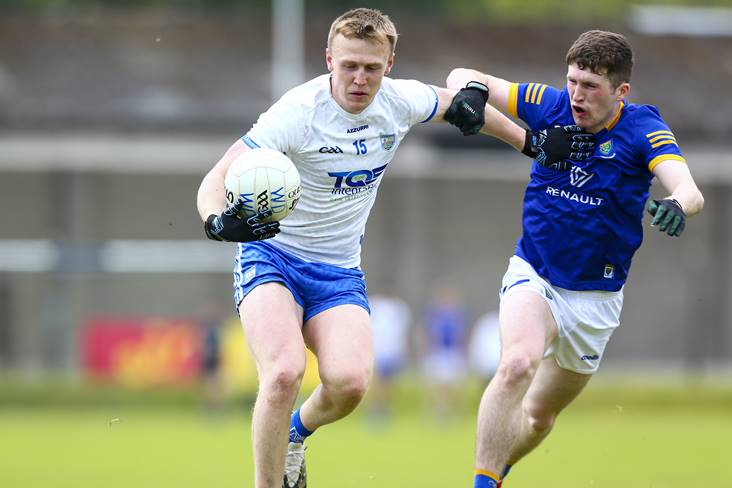 The new second tier All-Ireland senior football championship officially got underway this afternoon with Wicklow defeating Waterford 3-16 to 1-10 at Aughrim.

A wasteful Waterford trailed 0-8 to 0-5 at the break but early second-half goals from Kevin Quinn and Eoin Darcy pushed the hosts into an eleven-point lead and towards a deserved victory.

Blessington livewire Quinn finished with 2-1 to his name after his well-taken penalty late on, while Waterford wing-back Brian Looby netted a consolation goal in injury-time.

Wicklow's Dean Healy had the honour of getting the first score of the Tailteann Cup and Brian Lynch replied with points for the Deise at the other end before goalkeeper Mark Jackson got in the act - accurately hitting four frees over the 70 minutes.

A Waterford point by David Hallihan left three between the sides at the interval and they had the gap down to two on the restart.

Quinn's opening goal came in the 42nd minute and was closely followed by an unstoppable strike from Darcy - ending the match as a contest.