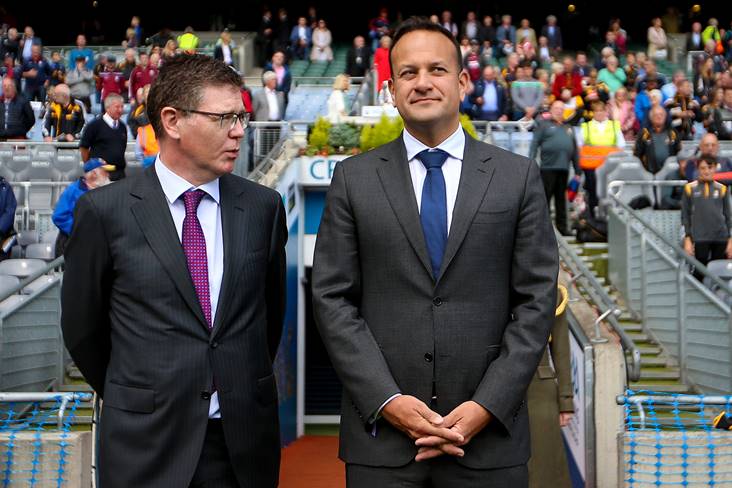 Tanaiste Leo Varadkar has said there will be no All-Ireland championships played under level 5 restrictions in the Government's Plan for Living with Covid-19.

With a revamped inter-county schedule due to get underway this weekend, culminating in the All-Ireland SHC and SFC finals on December 13 and 19, respectively, three counties, Cavan, Donegal and Monaghan, are being placed in level 4 from midnight tonight while the rest of Ireland remains at Level 3.

Speaking on Today FM's The Last Word with Matt Cooper today, Varadkar told listeners that if the country moves to level 5, then the All-Ireland championships would end, despite the NPHET reportedly recommending 'elite' sport could continue to take place.

The Tanaiste believes it's "feasible" for the GAA to run with inter-county matches for now but more "difficult" compared to professional organisations.

"But it is difficult for the GAA in particular because they are amateur athletes, they can't be bubbled and cocooned in the way that Premiership players can be or even provincial rugby players can be. But it can be done. And it obviously has to be done with no spectators."