GAA announce plans for a Respect the Referee Day 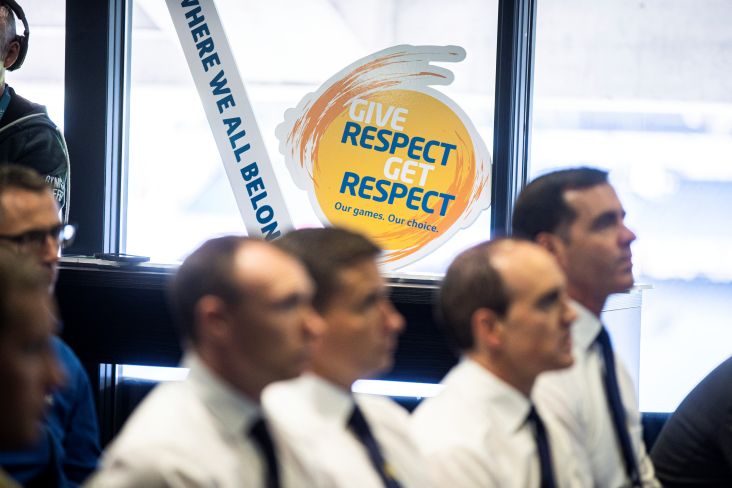 The GAA will hold a national Respect the Referee Day across the weekend of October 22 and 23.

Details were announced by Uachtarán CLG Larry McCarthy in Croke Park today, in the company of members of the inter-county referee national panel.

Uachtarán CLG Larry McCarthy said: “The Association has made referee recruitment and retention one of the key pillars of our Strategic Plan for the next five years. Designating refereeing as a core objective of our Strategic Plan at its launch last April was a declaration of our intent to make this a priority and this initiative is in keeping with that.

“Our Referee Respect Day is a part of our commitment to raising the profile of referees and more importantly an awareness among the rest of our membership about the level of respect that we expect when it comes to supporting match officials.

“To be the embodiment of the GAA manifesto, Where We All Belong requires that no one is left out or left behind. The people who act as match officials ensure our games take place, and without them, there would be no games. These people are just as important to the GAA as every player, coach, committee member and volunteer. They are dedicated to Gaelic games, have a passion for their vocation and have families who are proud of the contribution they make. How we treat them says something about us and the only treatment we should tolerate is one of utmost respect.”

Counties who have senior county finals on October 22 and October 23 are being encouraged to make a particular effort to highlight and celebrate the role of the referee and match officials at these big games. There is also a recommendation that referees in a county are invited to these showpiece finals and that Respect the Referee is a part of the pre-match protocol on the day.

The GAA also have a number of initiatives aimed at enhancing the levels of support for match officials.

• Updated training course on discipline procedures for Discipline Committees at all levels.

• Review of the Give Respect, Get Respect campaign with a roll out in 2023.

The role of the referee will be a feature of the next stage of the GAA marketing campaign highlighting Where We All Belong and there will be enhanced supports for referees made available through the GAA’s eLearning platform: learning.gaa.ie as well as through https://www.gaa.ie/respect/