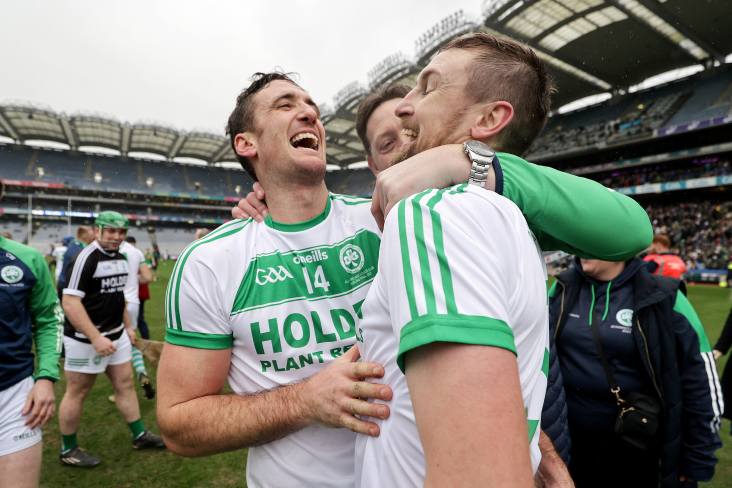 Ballyhale Shamrocks manager Pat Hoban hailed his players’ character for delivering the goods on the same All-Ireland club SHC final stage they were defeated on 12 months ago.

After losing out to Ballygunner in the cruellest of fashions in February of last year, the Kilkenny kingpins banished those ghosts by defeating Dunloy of Antrim by 1-22 to 1-15 earlier today to deliver their club’s ninth All-Ireland senior crown.

"Nine All-Irelands," Hoban told GAA.ie after the full-time whistle at headquarters. "They’ve been unlucky in a couple of finals over the years as well so the character they’ve shown. It’s only February – it’s 12 months ago - it’s very easy to talk of getting back there.

"How many teams have said that. But for these guys to actually do it just shows the character and their ability. An incredible group of players."

He added: "They’ve been on the road so long, it’s very hard to keep up that level of intensity the whole time. But they have a switch. When they get focused, they are an incredible group of players. They know how to win matches and want to win matches."