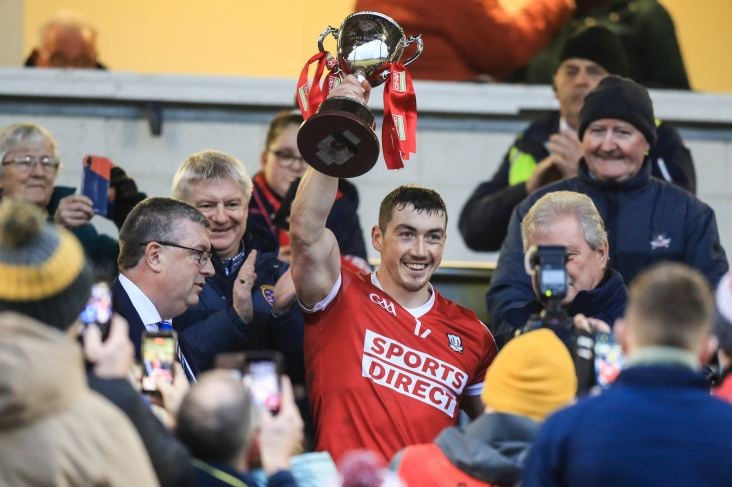 Pat Ryan secured his first piece of silverware as Cork manager after his side secured a late victory over Tipperary in the Munster Senior Hurling League final.

It finished 3-14 to 1-19 at Pairc Ui Rinn, where the Rebels hit 1-5 in the closing stages to deny Liam Cahill’s men and claim the trophy.

Robbie O’Flynn’s goal on 21 minutes had Cork in front but Sean Ryan lashed in Tipp’s goal to square the sides and the Premier men would kick on for a 1-12 to 1-6 lead at the half.

Jason Forde’s frees helped surge the visitors eight clear after the turnaround and it looked as though they were headed for victory.

However, goals from Brian Hayes and Jack O’Connor off the bench proved key for Ryan’s men and a 68th minute point by O’Connor would have the hosts within one with two minutes of normal time remaining.

In the end, it was the points of Brian Roche and Patrick Horgan (2 frees) that saw the Rebels claiming the silverware with by capping off a splendid comeback.