Wins for UCC and UL in Fitzgibbon Cup 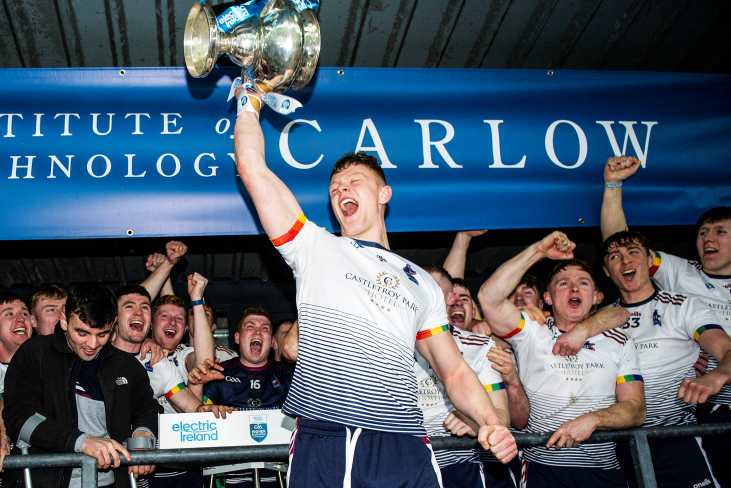 Record holders UCC needed late points from Shane Barrett and full back Niall O'Leary to see off 14-man Maynooth University by 1-18 to 0-19 in their Fitzgibbon Cup opener last evening.

Despite being understrength, the Cork students were expected to win this game comfortably, but Maynooth didn't read the script and pushed them right to the wire. Jack O'Connor scored 1-2 before being replaced at half-time as UCC took a 1-11 to 0-8 lead into the break.

But despite losing Mark Donnelly to two yellow cards late in the first half, Maynooth outscored UCC by 0-11 to 0-5 after the restart before Barrett and O'Leary spared the favourites' blushes. Scores from Emmet Landy, and the Drennan brothers, Billy and Conor, were central to the Kildare side's comeback.

Meanwhile, Tipperary's Gearoid O'Connor scored 0-11 as UL enjoyed a somewhat flattering 2-23 to 2-10 victory over ATU Galway in last night's other fixture at Ballinasloe.

ATU Galway threw down the gauntlet to UL with early goals from Kevin Cooney and Cian Folan, but the reigning champions recovered with majors from Michael Kiely and Mark Rogers to lead by 2-11 to 2-6 at half-time, and the result was never in doubt after that.