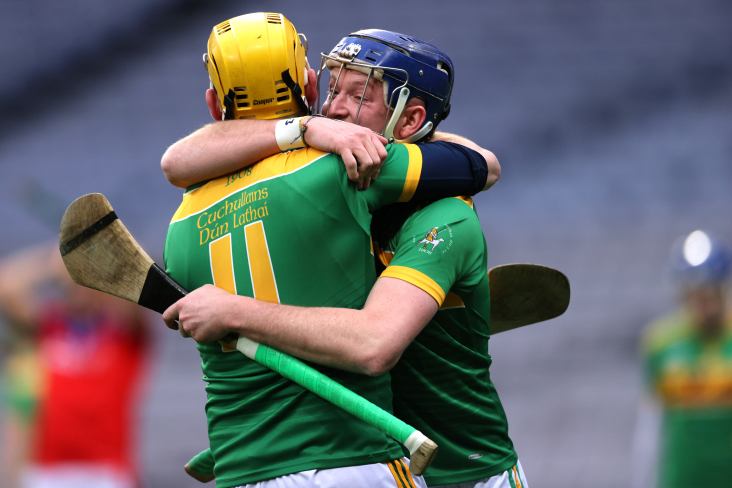 Gabriel McTaggart is hoping it won’t just be the green and gold of Dunloy that will be celebrating All-Ireland club success at Croke Park on Sunday.

Living in Maghera for the past four years with his wife Aisling, the veteran Dunloy forward has a foot in both camps and is keeping his fingers crossed for an Ulster double. Indeed, Aisling is a cousin of Glen players Cathal and Eunan Mulholland, and Conleth McGuckian

“If they (Glen) are playing in games, I'd go and like to see them doing well,” McTaggart told BBC NI.

"With Aisling's family being a part of the team and her uncle [Stephen McGuckian] in the management set-up, it's hard not to get sucked into it. It's a big occasion for them, probably a bigger occasion for them with it being their first final.

"There's a half-and-half jersey floating about there so maybe I'll need to throw one of them on me,” he jokingly added.

"I'll be hoping that we come out the right side of a green and yellow double, but I'm not looking past taking care of business first.”