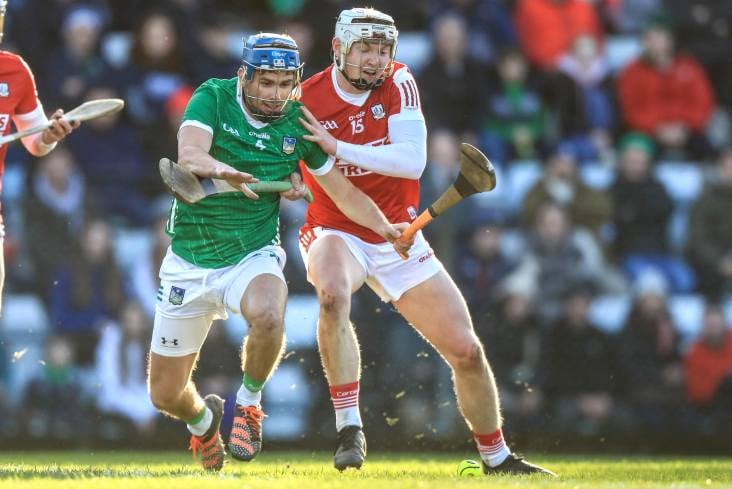 Brian Hayes struck the injury-time winner as Cork overcame Limerick by 0-20 to 1-16 at Pairc Ui Rinn to advance to the Munster Senior Hurling League final against Tipperary.

Set to meet the All-Ireland champions again next month in the opening round of the Allianz League, the Leesiders fired over five of the last six points to deny John Kiely’s men on his occasion.

Darragh Donovan’s fortuitous goal helped the Treaty men to make up for a slow start as Conor Lehane’s point saw the hosts go in with a slender 0-11 to 1-7 lead.

David Reidy and Lehane struck a brace of points each to cancel each other out early in the resumption before Limerick threated to pull clear.

Reidy (two frees), Oisin O’Reilly and Barry Murphy all raised white flags but three more from Lehane, who finished with 0-12, kept the Rebels right there.

Conor O’Grady came off the bench to fire Limerick back in front ahead of Lehane (free) levelling and Hayes busting through a few tackles to send over the winner in the third minute of injury-time.

Managers Brian Lohan and Davy Fitzgerald both went experimental for this one and, after being wasteful in the first-half, Clare hit form in the second with a 1-17 tally.

Stephen Bennett’s penalty helped give Waterford a 1-8 to 0-7 lead at half-time but Aidan McCarthy’s frees and an Aron Shanagher goal saw the hosting taking control and not even a late Michael Kiely major at the other end could deny them.

The results mean that Cork will face Tipperary in the competition's final next Sunday.

Highlights as @GaaClare defeated @WaterfordGAA in Ennis. The result means all 3 teams in group A finish level on two points but Tipperary advance to the final on points difference. @CoOpSuperstores | @StreamsportI https://t.co/XzDjkar7qi