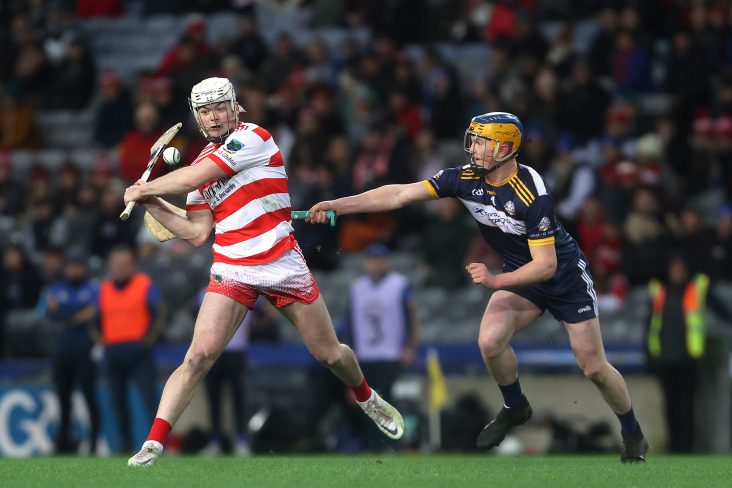 Ballygiblin (Cork) are All-Ireland club junior hurling champions after powering to a 1-16 to 0-11 victory over Easkey (Sligo) at Croke Park this evening.

The Rebel County champions led from the moment Darragh Flynn hammered in their goal in the opening seconds and never looked back, building up a five-point lead by the break and eventually kicking on for the eight-point triumph.

Joseph O’Sullivan (0-10) struck over two superb long-range points that helped Ballygiblin take in a 1-8 to 0-6 half-time lead and, after the turnaround, scores from Shane Beston, Cathal O’Mahony and O’Sullivan had the margin at seven.

Andrew Kilcullen top-scored for Easkey on the day with 0-5, but they’d struggled to play catch up from with their north Cork counterparts the moment Flynn rattled the net after just nine seconds at headquarters.

The victory for Ballygiblin also sees them banishing the ghosts from last year’s one-point defeat to Mooincoin on the same stage to claim their maiden All-Ireland club JHC crown.