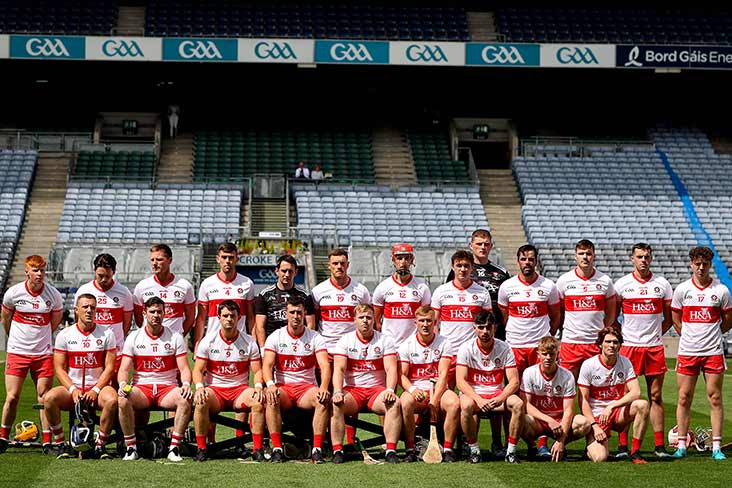 The Erin's Own, Lavey clubman takes over from the Antrim duo of Dominic McKinley and Cormac Donnelly, who led the Oak Leafers to promotion from Division 2B of the Allianz League last year.

McGarvey managed Lavey for eight years before taking charge of Antrim outfit Rasharkin last year. His first game in charge will be against Kerry in Division 2A of the Allianz League on Saturday, February 4. Derry's other League games will be against Offaly, Down, Carlow and Kildare.

“Derry GAA would like to sincerely thank Dominic McKinley, Cormac Donnelly and their management team for their efforts over the past two years, which saw Derry seniors hurlers promoted to Division 2A of the Allianz NHL and qualify for the Christy Ring Cup final in 2021,” a county board statement read.