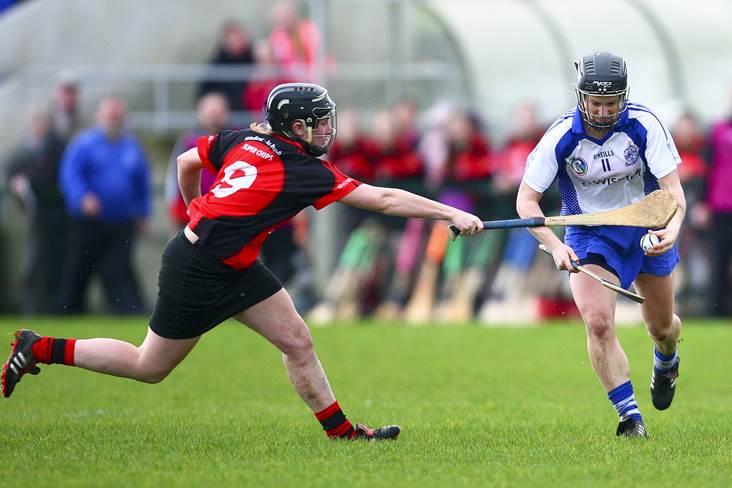 One of the best individual performances of the weekend was witnessed in St Brendan’s Park, Birr yesterday where Shauna Sinnott scored a whopping five goals for Oulart-The Ballagh.

The Wexford star was unmarkable as she powered Oulart to a comfortable 5-16 to 1-7 Leinster Club Senior Camogie Championship semi-final win over Offaly champions Birr. Sinnott struck twice in the first half to help the visitors to a 2-8 to 0-6 interval lead before raising three more green flags after the restart.

The victory went some way towards atoning for the disappointment of the Oulart hurlers’ Leinster Club Intermediate Championship quarter-final penalty shootout loss to Dublin’s Naomh Barróg on Saturday. The dramatic Parnell Park encounter was marred by shocking scenes at the end of normal time involving players, mentors and supporters which are set to be investigated by Leinster Council.