Goals from Cillian Myers-Murray and substitute Enda Dennehy were instrumental as the Cork city outfit ended a long-wait for provincial silverware courtesy of a 2-9 to 1-10 victory following an enthralling final at Semple Stadium this afternoon.

Myers-Murray's strike came just after 17 seconds when Brian Hayes got a vital touch to a long delivery on the 21-yard-line and punched to the unmarked corner-forward who made no mistake in tucking the ball past goalkeeper Wayne Guthrie.

Paul O'Keeffe's charges finished the first half hour like they started, reeling off three successive points (through the lively Myers-Murray, Hayes and Stephen Sherlock) to double their lead at the break, 1-7 to 0-4. 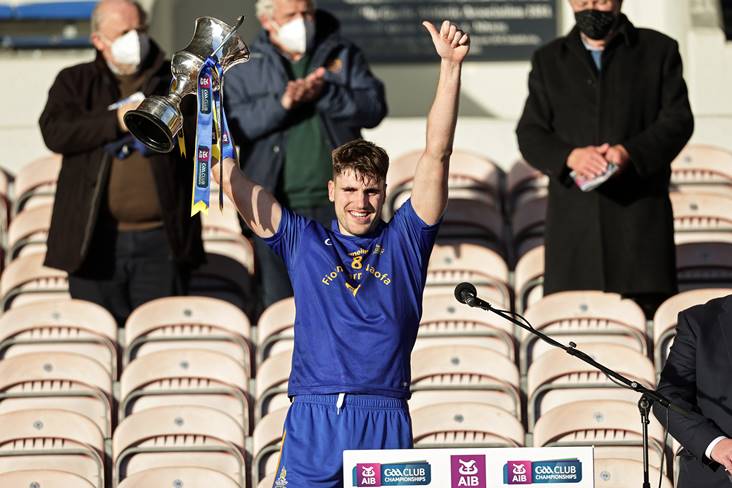 Rocked by the early concession, Stacks trailed at the first water-break by 1-1 to 0-1, but would have at least been level by that stage if they hadn't been wasteful in front of the posts as three Sean Quilter (1-4) scores kept them in touch.

They suffered a further blow when influential midfielder Brendan O'Sullivan was forced out of the play with injury after 14 minutes to be replaced by Shane O'Callaghan.

However, Stacks weren't going to lie down, producing a stirring comeback that saw them close to within a point of St Finbarr's by the 43rd minute.

Greg Horan (2), substitute Shane O’Callaghan, Fiachna Mangan and Quilter all picked off scores for the Rockies during a dominant third-quarter spell.

It took St Finbarr's a full 20 minutes to register their first score of the second period, with Hayes popping up for his third point, then Dennehy’s strike had them five ahead and looked to have put the issue beyond doubt.

But Quilter's goal at the other end made O'Keeffe's side sweat it out to the final whistle as they eventually advanced to a semi-final date with the Ulster champions on January 29/30.