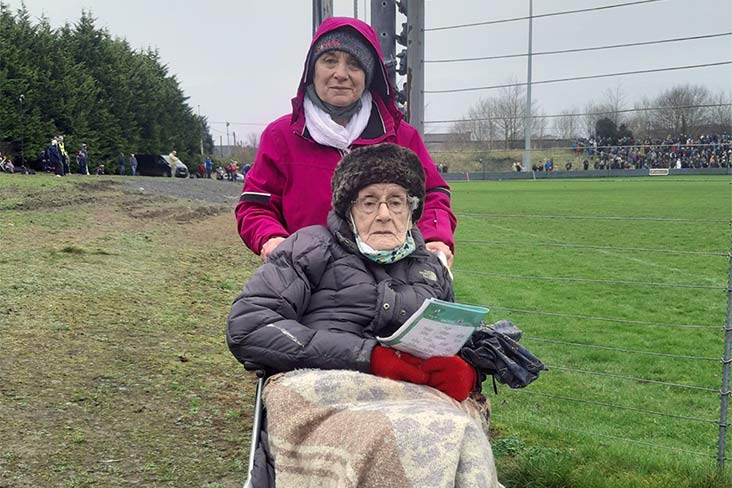 Maureen Hanley with her daughter Mary at the Galway versus Offaly Walsh Cup game in Ballinasloe. Pic Offaly GAA

The Offaly hurlers got their 2022 campaign underway yesterday against Galway in the Walsh Cup in Ballinasloe and there to support them was 97-year-old Maureen Hanley from Coolderry.

A great Gael, Maureen was accompanied by her daughter Mary, who is well-known through her role as Coolderry Hurling Club secretary.