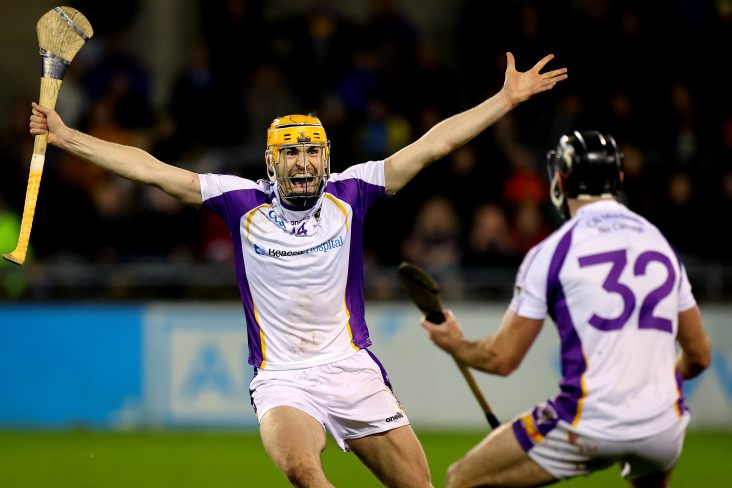 Kilmacud Crokes are Dublin senior hurling champions for the first time since 2014 after edging out Na Fianna in an extra time epic tonight at Parnell Park.

The 4-26 to 2-25 victory marks Crokes sixth overall success in the competition as they denied Na Fianna a first ever title in this gripping final with Ronan Hayes, scorer of 1-14 over the 80 minutes, very much to the fore for them.

It was Na Fianna that led by 1-15 to 1-11 at half-time, with Donal Burke’s 12th minute goal giving them an early foothold and, while their opponents drew level, points from Burke, Sean Currie (2) and Micheál Murphy had them four clear at the interval.

Na Fianna upped the lead to five, saw a dwindle down to two and had it at five again before Currie netted in the 50th minute to leave them seemingly with one hand on the cup.

Down by nine points with 10 minutes to go, Crokes responded brilliantly as they got a goal through Fergal Whitely in immediate response and could even afford to have a missed penalty from Hayes three minutes later.

Oisin O’Rorke’s goal with two minutes to go set-up a dramatic finish in the capital and Hayes would make up for his missed penalty with a major in the fourth minute of injury-time that left it at 4-18 to 2-24 when the full-time whistle sounded.

Crokes landed the first five points of extra time with Hayes and O’Rorke wreaking havoc, building a four-point lead at the break, and three more singles from Hayes, including a gem at the end, would round off the memorable victory for the Stillorgan men.