Dunloy and O'Donovan Rossa through to Antrim SHC final 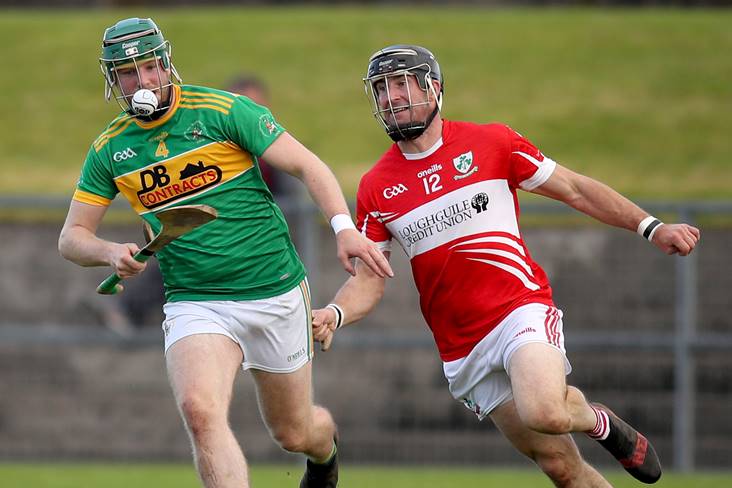 Dunloy stayed on course for a third successive Antrim senior hurling title this evening by seeing off Naomh Eoin on a 1-19 to 0-13 score-line in soaking wet conditions at Dunsilly.

Conal Cunning struck 0-8 while Keelan Molloy weighed in with 1-3 from play as the holders set-up a decider date against O’Donovan Rossa next Sunday week.

Cunning’s early scores helped Dunloy build up a three-point lead by the first water break and it would be out to four prior to Naomh Eoin hitting some form in the run up to half-time that saw the scoreboard read 0-9 to 0-7 at the interval.

The would-be winners had the margin back to four midway through the second-half and put some real daylight in this semi-final when county man Molloy struck the net on 52 minutes.

It left Naomh Eoin with a mountain to climb in the closing stages and they wouldn’t scale it as Dunloy marched on towards another final with nine to spare in the end.

The earlier game saw O’Donovan Rossa edge an epic against Cushendall thanks to Dara Rocks late, late goal that sealed a first Antrim SHC final place in 17 years for the Belfast club.

It finished 4-18 to 3-20 in favour of the underdogs despite conceding two goals in the final four minutes, as Rocks’ strike in the third minute of injury-time snatched victory from the jaws of defeat.