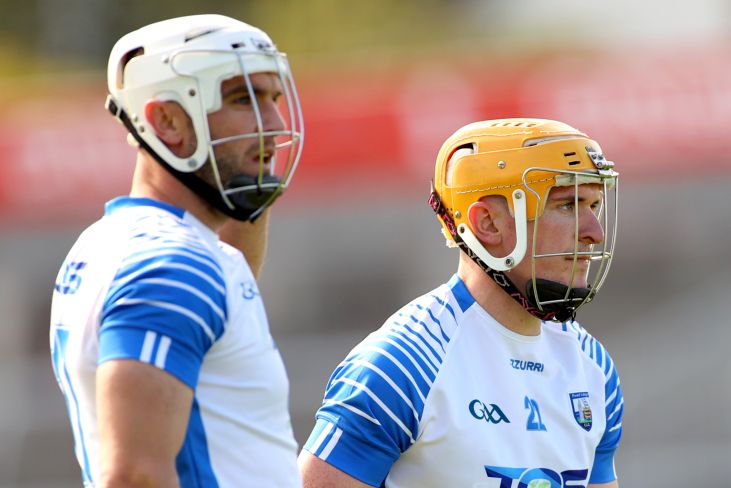 Waterford's Patrick Curran during the Allianz League clash against Galway

Former Clare star Jamesie O’Connor expects Waterford to be right in the mix when it comes to the race for Liam MaCarthy this summer.

The Deise men conceded 4-28 in an eight-point loss to Galway at the weekend but, nonetheless, O’Connor has seen further improvement in Liam Cahill’s team from last season.

Wins over Cork, Clare and Kilkenny put Waterford into a first All-Ireland final in three years last December and O’Connor can see them at the business end of the season again in 2021.

“This season, they appear to have kicked on,” the two-time All-Ireland winner wrote in his column for Sky Sports GAA.

“They are going to be contenders again this summer, and will be a team other counties will take very seriously in the championship.

“Last week's win over Limerick was hugely important for them, given the Treaty had given them a few hidings in recent years. They fronted up and matched the All-Ireland champions.

“Although they lost on Sunday at Pearse Stadium, it was nonetheless a game of real quality. I don't think Cahill will be too disappointed with the 4-28 to 3-23 defeat.”