"We have always believed that we belong in Division 1" 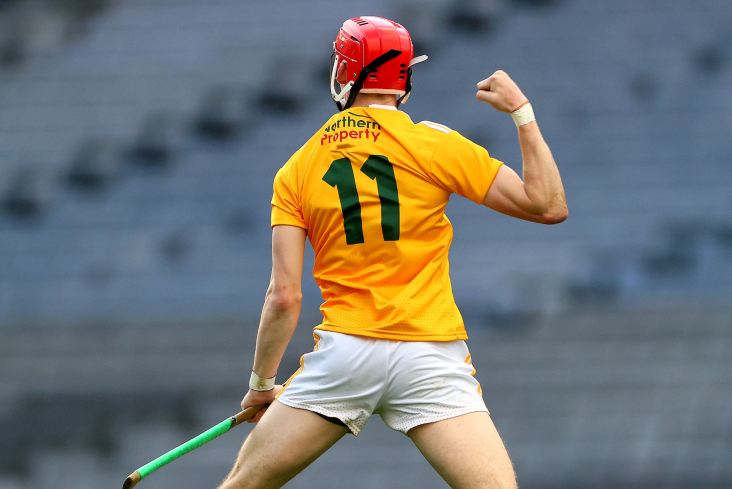 James McNaughton says Antrim were “absolutely delighted” to get the draw against Wexford earlier today which confirmed their Division 1 status in the Allianz Hurling League next season.

The Saffron midfielder contributed seven points in his side’s 1-21 to 2-18 draw with the Model men at Corrigan Park, where Keelan Molloy’s point deep in injury-time snatched a vital point for the hosts.

“We are absolutely delighted to get the draw. If anything, we are disappointed not to win given the position we were in with 15 minutes to go,” McNaughton said after the final whistle.

“We have always believed that we belong in Division 1 and we are glad we were able to show the whole of Ireland that we are back where we belong.

“We have a real good professional set-up. Darren (Gleeson, manager) has put in the set-up. We always had the players but we did not really have the buy-in to the senior set-up. Now we have all our best players hurling for the county, we are showing what we can do.

“We have grown in our belief. The win over Clare told us that we are where we belong.

“Having a crowd back in for our game really lifted us today. It is brilliant to have them back in here.”