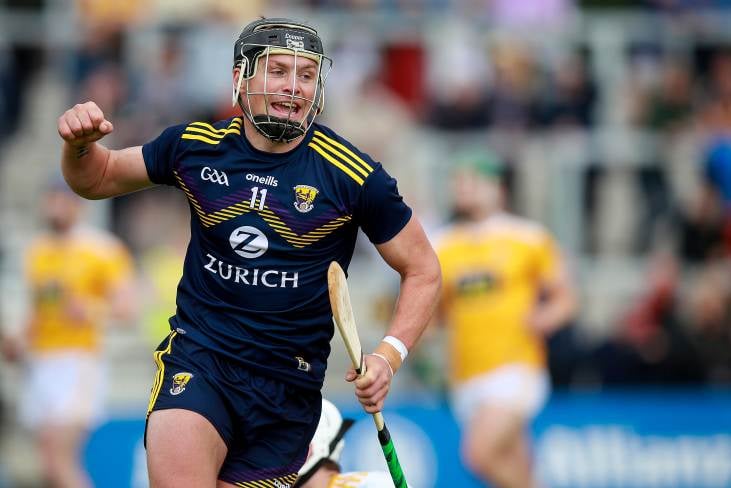 Wexford made a rip-roaring start to this afternoon’s Allianz Hurling League clash against Antrim with two goals inside the opening eight minutes at Corrigan Park.

Conor McDonald had the sliotar in the Saffrons’ net after just three minutes and a brilliant pull on the ball from Paul Morris saw him rocket one in for a five-point lead.

That margin would stand at the break as Davy Fitzgerald's men went in leading 2-9 to 0-10.

Paul Morris pulls on the ball to get @OfficialWexGAA's second goal of the first half in their Allianz Hurling League clash against @AontroimGAA #GAANOW pic.twitter.com/KtsF5WKHMv