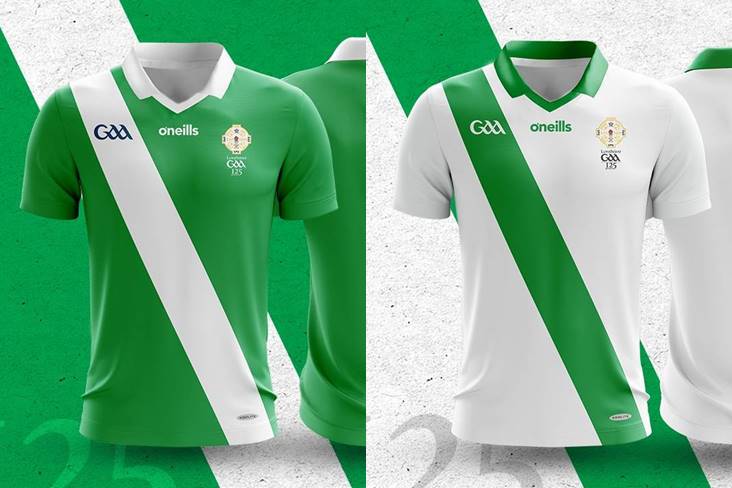 The commemorative 125th anniversary London jerseys, home and away.

London GAA have unveiled new home and away jerseys to commemorate its 125th anniversary, inspired by their only ever All-Ireland senior title win.

Both strips match the design worn by the Exiles in the 1901 All-Ireland SHC final against Cork, with a sash running from the right shoulder to the left hip.

A London side made up exclusively of Munster exiles defeated the Rebels 1-5 to 0-4 at Jones' Road Stadum, which later became known as Croke Park.

It was a golden era for London with nine All-Ireland senior final appearances from 1900 to 1908, between football and hurling.

The commemorate jerseys are expected to go on sale this weekend and will be available to buy online at www.oneills.com.

Keep your eyes peeled for further announcements as the shop will go live this weekend 👀 pic.twitter.com/VpD9diuroU