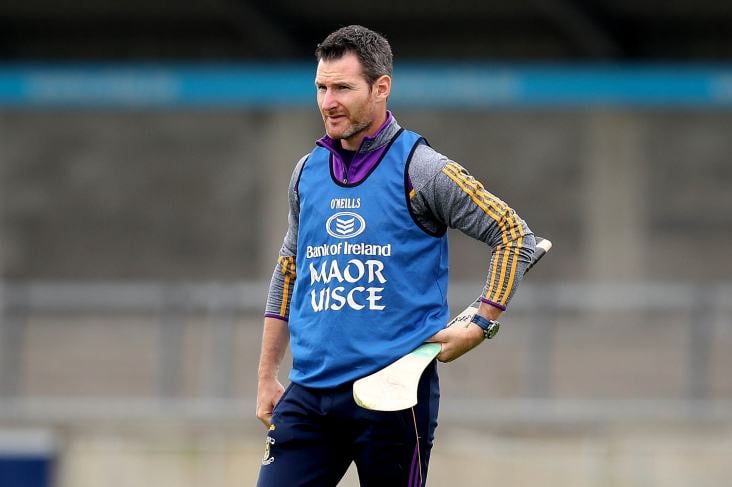 This past December saw Corcoran added to Davy Fitzgerald’s backroom team having previously worked under Eddie Brennan in Laois for a two-year stint.

Speaking in an interview with The42.ie, the Leinster SHC winner admitted to be surprised after receiving a call from Fitzgerald to join the Slaneysiders’ set-up.

“On having a chat with Davy, I was surprised the call came,” he said. “I didn’t expect it because they have some very good people involved.

“In fairness to Davy he has a very good set-up there. Some very knowledgeable coaches are already involved and for me to be involved it will hopefully add to my coaching armour and I’ll learn a huge amount from him the way he manages his players and works with the other coaches.”

He added: “I am chomping at the bit to go in and meet the players. I haven’t met them bar a few online calls. I’m just excited to get working with them on the pitch. Wexford are on a very exciting journey and they’ve proven that. They’re on the cusp of an All-Ireland title.”