"What happened with John Meyler, the way he was let go was an absolute scandal" 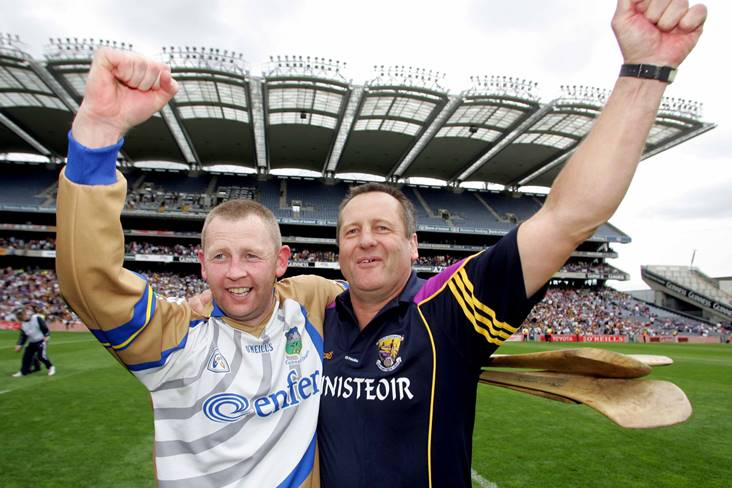 Wexford legend Damien Fitzhenry has revisited the infamous player coup against John Meyler that led to him being sacked as the county's senior hurling manager in 2008.

All-Star goalkeeper and Duffry Rovers clubman Fitzhenry spoke on Wexford's The Hurling Podcast and described the situation which resulted in Meyler's position in charge of his native county becoming untenable as an "absolute scandal".

Meyler guided the Model County to an All-Ireland semi-final in 2007 with a famous win over Tipperary and they were only narrowly beaten by Waterford at the quarter-final stage that year.

"What happened with John Meyler, the way he was let go was an absolute scandal, it was an absolute scandal. I was on a week's holidays and I came back and I went to work on the Monday and was driving and got a phone call from John Meyler. He said to me, 'I've been let go'. I said, 'Yeah, good man, what are you on about?' He said, 'I'm telling you, I've just had a meeting in Dungarvan and I've been let go'," Fitzhenry said.

"That's what happened, some of the boys went to the county board and said they weren't happy with the way John was training and this, that and the other and they wanted him gone and that's the way it happened.

"I had no knowledge because I was away, I was actually in Spain for the week and they had a meeting when I was away. I'd have put up a fair fight to keep him."