Brolly taken off air during debate on Claire Byrne Live 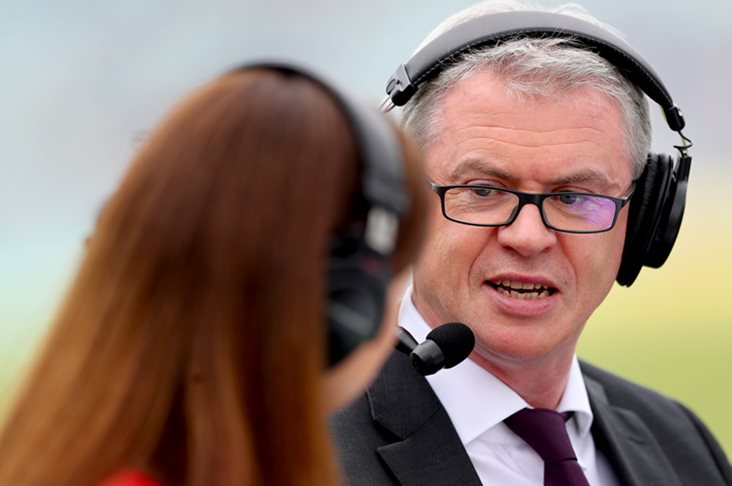 Appearing via video link, Brolly was one of a handful of guests debating on what a United Ireland might look like and how it would operate when Claire Byrne asked him to refrain from suggesting that the DUP were homophobic and racist as there were no representatives from the party present to refute the allegations.

"What we've seen with Arlene [Foster], Gregory Campbell and Ian Paisley Jr is this short-termism all the time," Brolly said.

“You see them chuckling and guffawing when people are trying to have a serious discussion. Just like we saw Gregory tonight, laughing at the Irish language, laughing at Gaelic sports, the homophobia, the racism, all those things."

Claire Byrne intervened and referring to Gregory Campbell, she said: “The man's not here to defend himself and I'm not going to do it for him. I'm going to bring the conversation back into the room now.

"I'm not going to have anyone call people names on this show who are not here to defend themselves and that's final."

The audio to Brolly’s video link was cut and the show’s host apologised to the audience with the following statement before the next break:

“I’m sorry that I couldn’t carry on the conversation with Joe Brolly. I have great time for Joe Brolly and great respect for him, that’s why he was invited on the programme. We simply can’t stand over somebody name calling a person who isn't here to defend themselves and I hope you understand that," Byrne said.

Brolly tweeted after the show: "I was taken off air and told it was because RTE could not risk me saying the DUP were homophobic, racist or sectarian. I must apologise to the DUP at once."