Down hurlers pulled off shock of the year yesterday 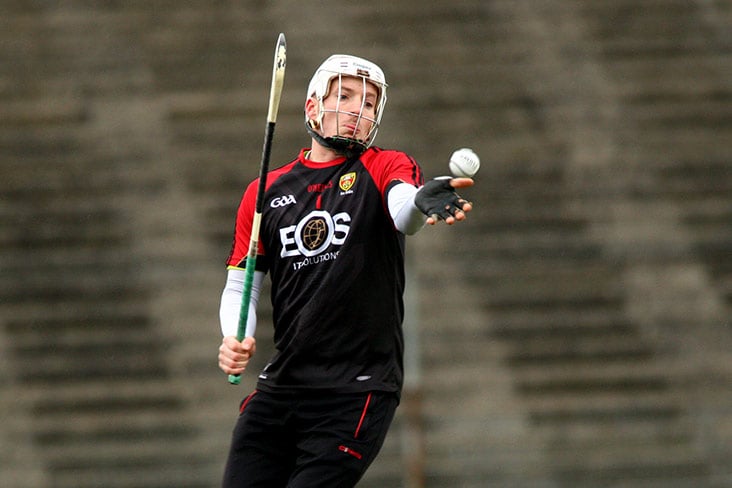 Goalkeeper Stephen Keith was the Down hero against Offaly.

While Offaly's hurling fortunes have nosedived dramatically in recent years, this was still a massive shock that very few saw coming. A week previously at the same venue, Michael Fennelly's charges had belatedly opened their Ring Cup campaign with a 0-32 to 1-12 drubbing of Derry. To put things into perspective, Derry had beaten Down in the Allianz League earlier this year before the Ardsmen exacted revenge with narrow victories in their recent Division 2B final and Ring Cup meetings.

Needing only a win to be sure of a quick return to the Joe McDonagh Cup next year, Offaly travelled north full of confidence, but the hosts refused to read the script. After finishing level 1-16 each in normal time, Daithi Sands' 82nd minute goal looked to have won it for Down before two late points from the reintroduced Liam Langton tied up the scoring at 1-23 to 2-20, and sent the game to penalties.

The calm after the storm....a super day for Down hurling and a fantastic bunch of players....look through the team list and you can quickly see the tradition and family pride in Down hurling...a small hurling community but a very proud one...another chapter written today 🔴⚫🔴⚫ pic.twitter.com/OyUs1JE2Iw

Here, goalkeeper and captain Sephen Keith emerged as the hero for Ronan Sheehan's side. After saving three penalties in the shootout, he blasted home the decisive penalty to give Down a 3-2 victory and send them to through to the final against Kildare.

Win, lose or draw, Down will be in the second tier championship next year and that is a superb achievement for a county with only a handful of hurling clubs. Instead of focusing on how far Offaly hurling has fallen, maybe it's time people gave Down some credit. There are hugely passionate hurling people in places like Ballycran, Ballygalget and Portaferry who are working hard to keep the game alive and this win was no more than their efforts deserved.