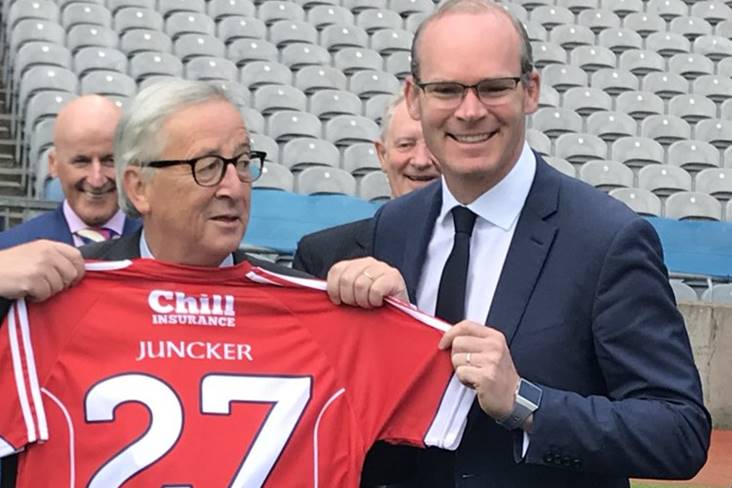 European Commission President Jean-Claude Juncker is presented with a Cork jersey by An Tanaiste Simon Coveney.

Minister for Foreign Affairs and Defence Simon Coveney has aired his concerns for the GAA ahead of this weekend’s resumption of inter-county games.

Ireland saw a record number of Covid-19 cases (1,095) yesterday and from midnight tonight counties Cavan, Donegal and Monaghan are set to move into Level 4 of the government's 'Living with Covid' restriction plan.

The Allianz Leagues are set to return to action on Saturday and Minister Coveney says they will have to be managed “very carefully” by the association.

"We do have concerns in relation to sporting fixtures," Mr Coveney told RTE's Morning Ireland programme.

"That's why we've removed the exemption that would allow club championships to proceed. They now can't proceed.

"The only sporting fixtures that we are going to see are effectively high-level, inter-county sport behind closed doors - managed very carefully by the sporting organisations that are responsible for that.

"That's the decision we've made for now."