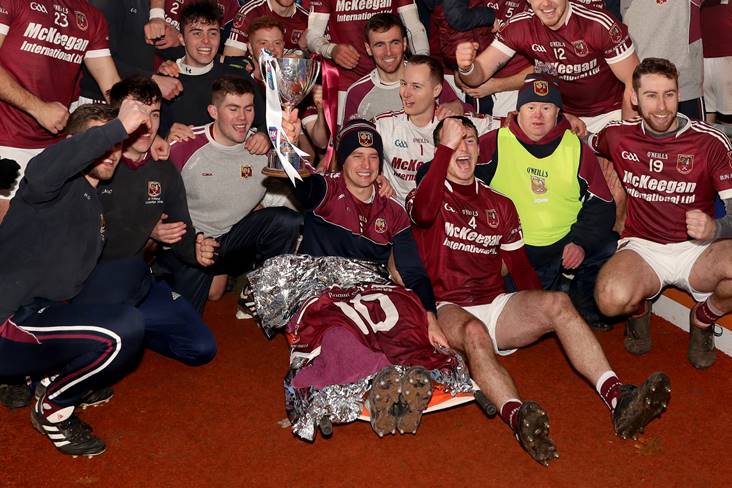 Cushendall's Arron Graffin celebrates with his teammates on a stretcher after the Ulster club SHC final victory over Ballycran at the Athletic Grounds. ©INPHO/Declan Roughan.

The Ruairí Óg club in Cushendall has praised the bravery of four of their minor hurlers who rescued two children who got into difficulty in the sea.

The children were struggling in the sea and their father could not swim when the young hurlers came on the scene.

Shane, Josh, Michael and Niall Og rushed into the sea and helped rescue the children.

Their club management supplied the four players with new hurling equipment as a small gesture to honour their bravery.

Well done to the four lads.