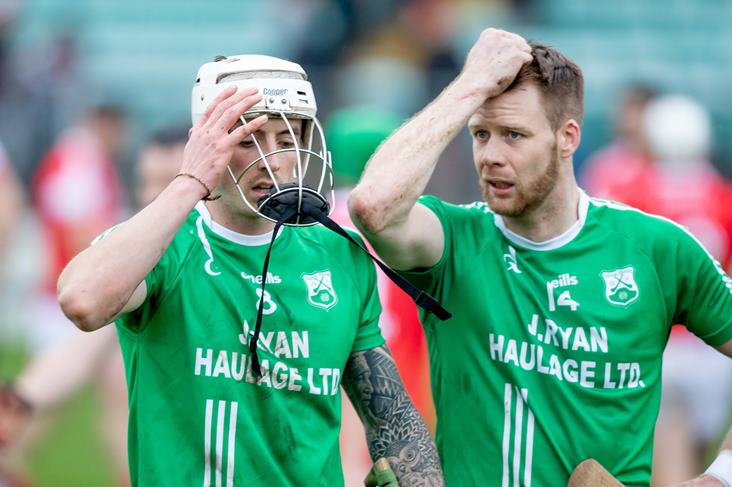 St. Mullins players after the game as they learn a member of their backroom team has been taken ill

St Mullins secretary Michael Kehoe says the Carlow club are “very grateful” to those that came to the aid of selector Micheál Ryan last Sunday at Netwatch Cullen Park.

Mr Ryan took ill during the Saints’ surprise Leinster club SHC quarter-final victory over Dublin champions Cuala, with medics staying in an ambulance with him on the field for close to an hour after the game had ended.

St Mullins tweeted later that evening that their team selector had been “doing well” after suffering what was believed to have been a heart attack and Kehoe was happy to report yesterday that his steady recovery has continued.

“He’s obviously still in hospital, so hopefully now he’ll make a good recovery,” he is quoted saying by the Irish Daily Star.

“He was talking and all to the lads on Sunday night and this morning (Monday). It was very worrying at the time, but he had the right people around there to keep him right.

“Dr Tom Foley would have been there, and a doctor who was part of the Cuala supporters, Dr Niamh Murphy, and a couple of other nurses out of the stand, and the Order of Malta.

“We are very grateful to all of them. It’s a relief. It’s lucky he seems to be on the right road.”