"There's huge belief in this team" 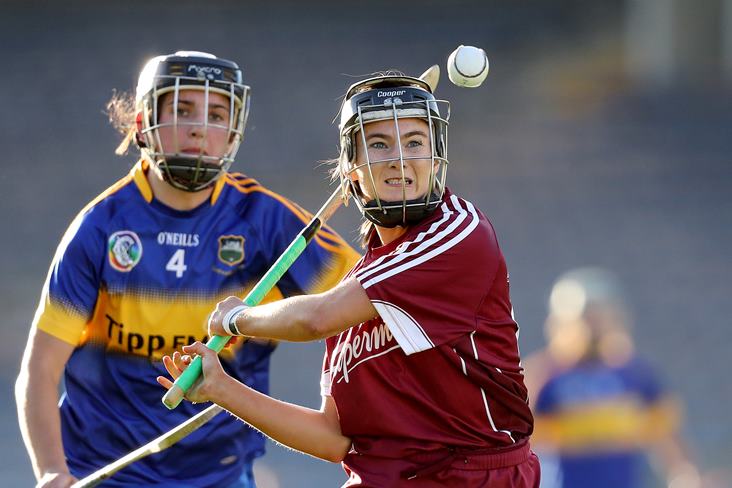 The winner is the loser who evaluates defeat the best and while much was made in the build-up to the Liberty Insurance All-Ireland Senior Camogie Championship Final of Kilkenny’s gut-wrenching litany of defeats in deciders, Galway have had their own close run affairs.

There was a clear sense in the aftermath that the Tribeswomen felt that some of the criticism they had received over the years for not making it to the September bash since 2015 was harsh and were clearly motivated by it.

It was also evident from speaking to midfield dynamo Aoife Donohue, that the Galway players maintained that they had suffered every bit as much heartache as their Kilkenny counterparts and they had no intention of suffering anymore.

“Everyone trusts each other in the group. We’ve been there. We’ve lost as much as Kilkenny lost. There’s a few of the girls have lost three or four All-Irelands, we’ve been beat in Semi-Finals.

“We’ve been on the other side of it too and I think it’s about time we got a bit of credit now we’ve gotten over the line. What a savage team.”

Another clear motivation was the sight of stricken colleague Tara Kenny unable to take her place after suffering a cruciate knee ligament injury in their last training match, 10 days before what would have been the biggest day of her sporting life.

“We played a panel match last Thursday week. A ball came in between her and Ailish (O’Reilly). Tara just slipped. Went for a scan the following day. Cruciate gone.

“It obviously had a huge effect on the group but we said we were going to go out and win for Tara and as Sarah (Dervan) said up on the steps (in her victory speech), she was the 16th woman who drove us over the line. I can’t imagine how it was for her to watch on the sideline.

“But that’s the strength that’s in the panel. Players come in and have an impact. Catherine Finnerty stood up, she’s plenty of legs and energy and she stayed going until the final whistle.”

Dervan was the captain but there were a number of survivors from Galway’s last triumph in 2013 and that stood to them.

“We knew we’d a good chance coming up. We beat Kilkenny in the League Final, there were two points in it Athenry (in the first round of the Championship when Kilkenny prevailed) and we felt we didn’t perform that day.

“(Manager) Cathal (Murray) said if we were in the game with 10 minutes to go we’d come out the right side and thankfully that has happened.”

For her part, Donohue has been a revelation as a midfielder, having won an All-Star as an inside forward.

“I’ll play anywhere. I don’t care as long as I’m on the team. If that was the right place for me to play and Galway were going to win and I didn’t mind at all. I’ve played there for the club. But I’ve been in and out last year. Even in the last few minutes I went wing-forward and Ann Marie Starr came on.”