Five counties represented on minor hurling Team of the Year 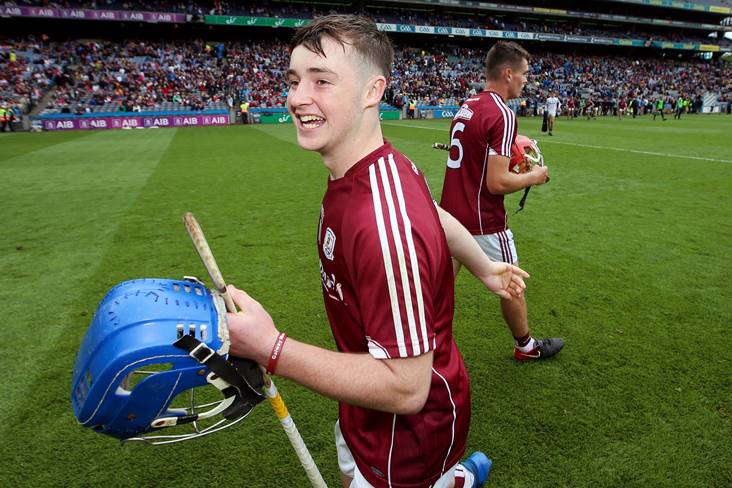 The 2019 Electric Ireland Hurling Team of the Year has been announced, featuring players from Galway, Kilkenny, Limerick, Clare and Wexford.

The 2019 Minor Hurling Championship season was an impressive showcase of the promising future of the GAA with exceptional displays of talent on the field week in, week out, as dedicated minor players countrywide showed fans once again that playing Minor really is major!

The team was selected by a panel of GAA experts, including former Waterford Hurling Manager, Derek McGrath and Galway dual-star, Alan Kerins and was fed into in part by Electric Ireland’s ‘Player of the Week’ initiative on Twitter. The panel will also select an overall Hurling Player of the Year whose name will be announced at the 2019 Electric Ireland GAA Minor Star Awards event.

Alan Kerins, Electric Ireland Minor Star Awards Panel Member commented: “Knowing what it means to be part of a Minor team, I am proud to play my part in honouring those currently involved in the competition. The Minor Star Awards celebrate these young players’ endeavours, recognising the commitment and dedication required to play Minor to this extremely high level. The players have brought pride and joy to their communities through their exploits on the field for their counties.”

The Hurling and Football Teams And Players of the Year will be awarded at the third annual Electric Ireland GAA Minor Star Awards, set to take place at Croke Park on Saturday, 28th of September with the Football Team of the Year being unveiled on Tuesday, 10th of September. In line with Electric Ireland’s ‘This is Major’ campaign, the Minor Star Awards create a major moment for Minor players, showcasing the outstanding achievements of individual performers throughout the Championship season. The awards recognise the effort of not only the Minor players, but those who support them day in and day out, from their coaches to their parents, teachers and clubs - all who have played a significant role in getting them to where they are today.

This year Electric Ireland’s #GAAThisIsMajor campaign, now in its sixth year has reflected on the positive impact that the Minor Championship has on players long after their days on the field as a Minor have ended, as seen in The Barbershop with Electric Ireland, a four-part video series featuring the 2019 Panel reflecting on their own careers at Minor.