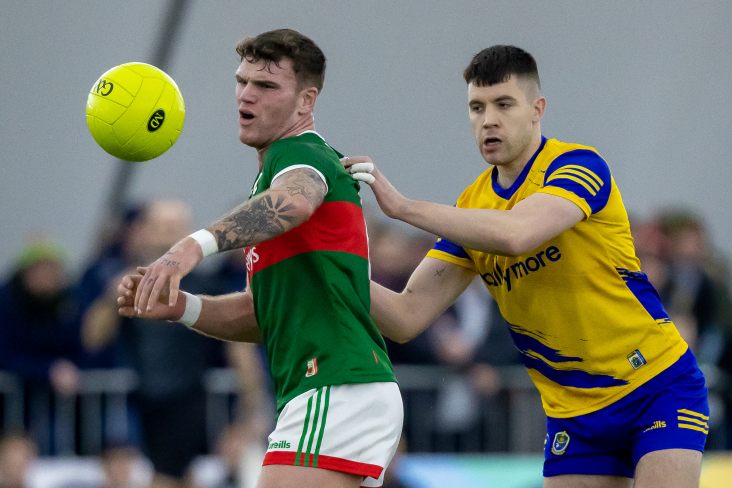 Cillian O’Connor came off the bench to kick two crucial points as Mayo edged out Roscommon by 0-13 to 0-9 in last night’s FBD League final in the Connacht GAA Air Dome.

The victory mark’s Kevin McStay’s first piece of silverware since taking the managerial post in his native county back in August and his side were pushed all the way by his former charges.

It did take the Rossies 21 minutes to land their first score of this decider through Niall Daly but they’d only go in at the break trailing by three (0-5 to 0-2).

Diarmuid Murtagh narrowed the margin to two within a minute of the restart before Mayo hit back-to-back points via Conor McStay and Ryan O’Donoghue (free).

The margin was four with 12 minutes to go before Conor Cox (free) made it a one score game again and Davy Burke’s men kept the heat on until the finish with a pair of Donie Smith points outweighing one from Jordan Flynn at the other end.

Mayo saw out the closing stages in strong fashion as O’Connor (2, 1free) Conor Loftus rounded off the winning rally to ensure their county’s first success in this competition since 2012.

"There's been a lot of new faces throughout the last few weeks".